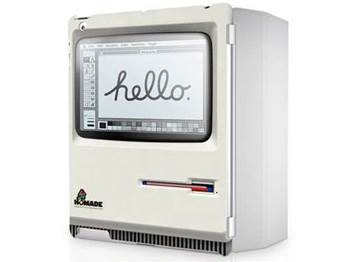 Groundbreaking facility was the birthplace of GUIs and windows.

The founder of Xerox Palo Alto Research Centre (PARC), home to the PC that inspired Steve Jobs to create the Macintosh, has died.

An obituary notice remarked that Goldman was an “ardent supporter of innovative technologies”.

Goldman was responsible for the creation of the Palo Alto centre and another Xerox research facility in Canada, which helped produce the world’s first laser printers, personal computers, windows based user-interfaces and Ethernet LANs.

He was hired at Xerox after several senior positions at Ford, including as the director of its Scientific Research Laboratory.

Goldman’s vision to establish a research facility on Palo Alto was initially met with resistance within Xerox because the company lacked a presence in the region.

PARC will be best known for inspiring Steve Jobs to manufacture a personal computer that relied on a bit-mapped, graphical interface for commands.

The method would help popularise computers by allowing people to interact with machines via images and windows instead of text commands.

The importance of the PARC facility on the development of personal computing was captured in a heated exchange between Jobs and Microsoft founder Bill Gates shortly after the first release of Windows.

"You’re ripping us off!’ Jobs shouted at Gates, according to Jobs' official biography. ‘I trusted you, and now you’re stealing from us!’ ”

“Well, Steve,” Gates reportedly responded. “I think there’s more than one way of looking at it. I think it’s more like we both had this rich neighbour named Xerox and I broke into his house to steal the TV set and found out that you had already stolen it.”