Xero goes 'all in' on Google Meet 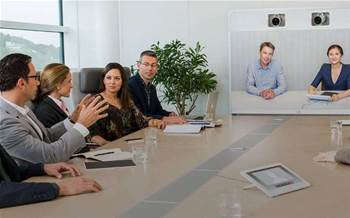 New Zealand headquartered accounting software maker Xero has gone "all in" on Google Meet, a hardware-based videoconferencing system, deploying it in "close to 200" meeting rooms worldwide.

The company, an existing G Suite (now rebranded Google Workspace), said in a case study that it previously ran "10 or 12" units of a different videoconferencing system, with "significant" ongoing costs.

Client support team lead Dan Bowden said Xero "conducted a proof of concept and installed Google Meet hardware in one or two in each of our offices around the world."

“Based on the hugely successful outcome of the trial, we went all in and installed Google Meet hardware in every single meeting room we had - close to 200 rooms globally," Bowden said.

He said that use of Google Meet had increased to the point that "the business is now looking to extend the deployment of Google Meet hardware to about 50 small phone rooms and potentially freestanding booths within its offices worldwide."

Bowden said that Workspace and Meet are among the most frequently used products internally at Xero.