Would you trade your browsing history for concert tickets? 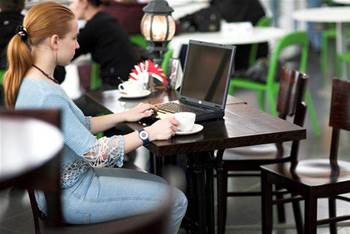 Roughly 1000 Ticketek customers in Australia and New Zealand have made the decision to let the e-commerce giant track their every move online, in exchange for points they can redeem to claim concert discounts, ticket offers, and shopping vouchers.

The select group of consumers are a demographically representative slice of the population, and have been picked to download a passive metering app provided by Dutch software firm Wakoopa on their phones, PCs, and tablets.

The app tracks and records every website they visit, every app they open, and how long they use every service for as long as they agree to keep it running in the background.

The longer they have the app installed, and the more devices they give it access to, the more points users accrue to claim their rewards.

Lisa Salas, the head of marketing and operations at Ticketek's loyalty arm, says this upfront trade of vouchers for data is something parent company TEG has been doing for several years.

TEG runs Purkle, a consumer research operation with more than a million members who fill out surveys and share consumer feedback in exchange for rewards points.

Passive metering is Purkle's latest evolution, and makes the process less time-consuming for the customer.

“So instead of doing a survey that could take them 25 minutes, we can now capture information about how these consumers behave online and on their mobile without having to ask them a whole lot of questions," Salas told iTnews.

"They don’t have to remember which websites they went to and for how long. Or what apps they use on their phone, for example how long they were on Facebook.

“People aren’t actually that shy sharing what they look at on the internet."

She claimed many participants were more than happy to browse more intimate websites while their habits are being recorded.

“We tell the user everything we capture during the sign-up phase. We are very explicit about what we do and how we do it.”

The data is then de-identified and sold on to advertising agencies to pinpoint where their target demographics are engaging with brands online.

The browsing patterns collected through Wakoopa are even more valuable because they represent real behaviour, free of whatever bias might filter through into survey responses.