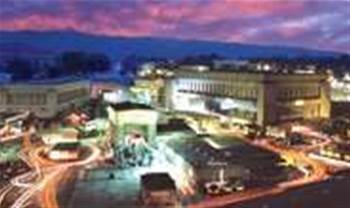 Today, the European Organisation for Nuclear Research (CERN) will celebrate the 20th birthday of the worldwide web, an event that sparked a technology revolution.

Although the two words are widely thought to be interchangeable, it is important to distinguish the web from the internet, which has existed in various forms since the 1950s.

The internet defines a series of interconnected networks that allow data packets to travel, these days mostly using the TCP/IP transmission protocol, from one connected system to another.

The worldwide web, on the other hand, is more a network of content servers that allows information to be shared in specially formatted documents, hosted on systems connected to each other via the internet.

From humble beginnings as a proposal for a more effective document management system for internal use by Cern personnel, the web has grown exponentially into a global phenomenon, where almost a quarter of the world’s population convene to view and publish every type of information imaginable, and as a platform for communication, commercial transactions, dating, e-learning, entertainment, file swapping, software distribution and many other activities too numerous and diverse to list here.

So much so, that 20 years on, our reliance on the web for all, or the vast majority, of our information gathering has now become so complete that major internet outages that deny us access can quite literally bring our world to a crashing halt.

CERN has chosen Friday 13 March to mark the 20th anniversary of the day when one of its employees, Briton Tim Berners-Lee, first proposed a “universal linked information system” that would over the next few years develop into what we now know as the worldwide web.

It was designed to improve information management within CERN, then as now a large organisation employing several thousand people who all needed to communicate, share information, equipment and software.

At the time this included VM/CMS, Macintosh, VAX/VMS and Unix.

As well as providing search tools and access to existing databases, Berners-Lee also specified that systems should be allowed to link to each other without requiring any central control or co-ordination.

Furthermore, individuals were to be allowed to add their own private links, providing cross references (cross links) pertaining to authors, other documents, databases and information sources, within the browser itself to save duplication of information.

Berners-Lee realised that the human interface side of browsing through this complex information space was the key to its success, and acknowledged that an idea for the sort of system he envisaged had already been conceived ­ hypertext (see 'Building blocks of the web', below).

Hypertext was proposed by Ted Nelson in 1963, then a computer programming student researching a document management system to index and organise his notes.

A variety of software applications using hypertext had already been developed, and Berners-Lee had experimented with hypertext as early as 1980.

Read on to page two for the genesis of the world wide web as we know it today.

Next Page 1 2 Single page
Got a news tip for our journalists? Share it with us anonymously here.
Copyright © 2010 Computing
Tags:
20telco/ispturnswebworldwide