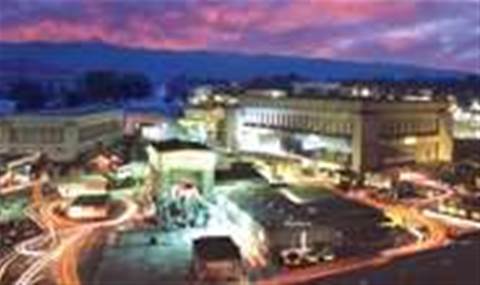 In 1990, he refined his original 1989 proposal and co-developed a hypertext-based information management system with the help of another Cern employee, Robert Cailliau, calling it the worldwide web for the first time.

The system was based on an early form of Hypertext Markup Language (HTML) called HTML Tags, itself a derivative of Standard Generalised Markup Language (SGML), a specification for tagging elements in electronic documents defined in 1986.

HTML was not formalised until 1993 when the International Engineering Task Force (IETF) first proposed a specification, but many of Berners-Lee and Cailliau's original elements still survive in the language.

In 1991, an early WWW system was released to developers at research and academic institutes via the CERN program library. This included a simple HTML web browser, web server software, and a development library to help programmers build their own software.

According to CERN, the first web server in the US came online in December 1991 at the Stanford Linear Accelerator Center (SLAC) in California.

In 1993, the development kit was made generally available in the public domain, at which point the web's popularity really began to take off.

In the same year, the National Center for Supercomputing Applications at the University of Illinois released what many now regard as the precursor of the modern web browser.

The first version of Mosaic (later NetScape Navigator) was based on the X Window System and offered window-based interaction for the first time, with PC and Mac versions following shortly.

What followed was a rapid expansion in the number of web servers coming online and the number of people using web browsers to access the content those systems hosted.

By 1995 it was estimated that up to 700 new web servers were coming online every day, and by the end of that year there were about 73,500 servers attached to the web. And it helped that, in the early days at least, both the web server development software and web browsers came free.

A recent report published by the International Telecommunications Union, an agency of the United Nations, estimated that almost a quarter of the world's 6.7bn population use the internet, with use more than doubling from 11 per cent in 2002.

It remains hard to imagine that either Berners-Lee or Cailliau could ever have envisaged that within 20 years of its inception, their invention would prove one of the most important technical revolutions of our time.

Building blocks of the web
HyperText Transfer Protocol (HTTP) is the network protocol used by the worldwide web.

When users click on a web link, the HTTP client in their browser opens up a port connection and then negotiates with the content/web server over wide area network links, transferring anything from text, images, sound and videos.

As content arrives, the browser's HyperText Markup Language (HTML) engine will start rendering the page - interpreting HTML code into how the web document page has been designed to look.

HTML syntax has changed little since Tim Berners-Lee's first description, made in late 1991.

In a document entitled "HTML Tags", he described 22 elements comprising the initial design of HTML, many of which are still in use today.