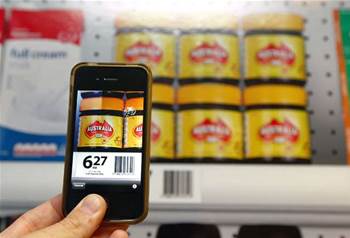 Orders now fulfilled from one location.

Woolworths has opened a new "dark" store in Mascot exclusively dedicated to fulfiling the orders of online shoppers.

The 7000 square metre store, which opened two weeks ago, will pick, pack and deliver Sydney's online shopping orders from one central location, for areas from The Spit to Maroubra and out to Bankstown.

Orders were previously fulfilled from its chain of public supermarkets.

The company believes the dedicated outlet will result in a faster fulfilment process for its customers. Woolworths' online shopper channel has now reached over $1 billion in total sales.

“The flexibility offered in terms of opening and operating hours, not constrained around store opening hours and otherwise busy times in physical supermarkets, will benefit customers,” a Woolworths spokesperson said.

The Mascot store employs 80 warehouse workers to pick and pack orders in extended trading hours, and could potentially increase to a 24 hour service.

“We know ... that over time our customers will come to expect even more fresh, local produce, and any chance we have to get online orders processed more quickly will assist in that,” the spokesperson said.

Woolworths recently commissioned “Future of Fresh”, a national survey to better understand the way Australians will shop over the next 20 years.

The report, developed by social researcher Mark McCrindle and Queensland University of Technology Professor Jan Recker, found the adoption of new technology will help customers build their own personalised shopping preferences whether online, in store or a hybrid of the two.

Woolworths will use its existing custom in-store inventory management system AutoStockR in the new online store. They system was rolled out across the Woolworths network in 2006 and extended to include Big W and Dick Smith branded stores in 2009.

The company is currently undertaking a supply chain transformation estimated at $1 billion.

Woolworths would not be drawn on future locations for more "dark" stores, but said they would likely be located in areas where online orders are strong.