Woolworths now connecting 50 stores a week to the NBN 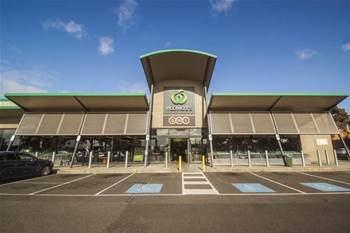 Telstra is now connecting 50 Woolworths stores a week to the NBN under a large enterprise deal signed at the start of this year, with migration process maturity credited for the speed of the transition.

The telco provided an update on the Woolworths deal during a presentation at its Vantage 2019 conference in Melbourne last week.

“Customers are very important, from the smallest mid-market right up to our largest enterprise or government agency,” Telstra head of ICT and cyber technology solutions, Ben Kingston, said during a panel discussion.

“The one that stands out for me is Woolworths, and nothing the size to date has been done by Telstra or NBN like we're dealing at Woolworths.”

Woolworths struck a “significant enterprise deal” in January this year that will eventually see it connect 3000 retail sites to NBN fibre.

Kingston indicated substantial progress had already been made.

“We've connected up to 1200 [sites] now without a single disconnection, which is fantastic,” he said.

“The rate that we're connecting sites - the velocity that we've built in terms of the processes - [means] we're doing 50 sites each and every week, and we're at about a five percent rollback rate, so that's really great velocity, but also great quality, in terms of the network that we're rolling out.”

Rollback rate is likely to be a reference to the number of sites that have to revert to legacy services due to a failed NBN installation.

The connection rate would indicate a mid-2020 completion for Woolworths’ connection to the NBN.

Kingston indicated that the scale and nature of the Woolworths deal made it a strong “learning” opportunity both for NBN Co and Telstra.

NBN Co is a relatively new player in the enterprise connectivity market, but there have been signs in recent months of other players in the space warming to NBN Co and the opportunities it could bring.

NBN Co is looking to the enterprise and government markets to drive an increase in revenues that could help the network builder meet its financial goals.

The company has had some other major wins in the space, including the conversion of 4000 AusPost sites, and a deal with Coles Supermarkets covering 2400 sites.