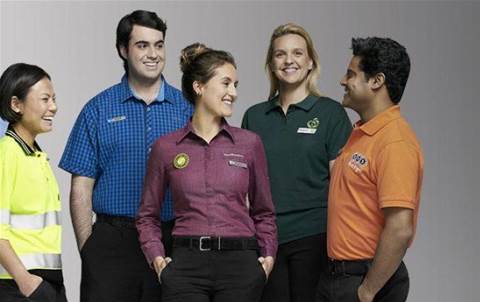 Grocery giant Woolworths has followed Coles in posting bumper growth to its online sales following major investment in the tech-heavy channel, but conceded the business line is still margin dilutive to its profitability as more customers buy direct from the internet rather than in stores.

The retailer booked in a 26.6 percent boost to online sales for in its 1H19 interim results, saying the strong number followed “investment in digital and data capability”.

Woolworths first half 2019 performance pulled in $1.4 billion in earnings before tax and interest to produce a net profit (excluding petrol) of $920 million on group sales of $30.6 billion.

Coles yesterday pegged its gross online sales at $1 billion, based on a rolling year, on revenues of $20.9 billion.

On an analyst call Woolworths CEO Brad Banducci pegged annual online sales volume at around $2 billion said online penetration in supermarkets was at around 3.5 percent. He conspicuously talked up the prospect of much higher efficiency and productivity for the channel.

Asked if online could ever be profit margin accretive, Banducci said confidently “it can be” but added “that will take us a few years.”

The Woolies chief said that convenience had now become a material issue and that the online play had continued to evolve. The current focus was on making the online channel, which is spearheaded by WooliesX brand, more efficient to keep a lid on costs and margin dilution.

Conceding boosting margins in its online channel remained challenge, Banducci justified the push on the basis the company needed to follow customer demand for purchases in the channel otherwise others would fill the space.

In January iTnews revealed WooliesX had launched a secretive push into large scale conversational artificial intelligence and embarked on a hiring spree around the project.

Banducci on Wednesday said Woolies has become “better and better” at industrialising the online arm, adding that as it scaled, it picked up some of the efficiencies that came with larger parts of the business.

The big headache for supermarkets, aside from the threat of Amazon entering the Australian grocery market, is that online sales require the retailer to both pick products for a basket as well as deliver it, costs that don’t come with a physical store.

Speaking to the experience online of supermarkets Banducci said “we are all on a similar journey.”

Woolies dubs it online delivery model as ‘2U’ and has put a strong focus on expanding the convenience led model into brands like Dan Murphy’s and BWS that are suffering because of a national bout of moderation that has hit Champagne sales hard.

A major challenge is how to deliver bulkier or ‘big box’ items to people who prefer not to slug it out at the checkout with a trolley with heavy items. The trend is particularly pressing in dense urban areas where people have eschewed cars and live on Uber Eats.

“90 of percent stores are stand alone and have a good carpark,” Banducci conceded on an analyst call.

But he defended the performance and efficiencies being gained on the back end of the business and store floors despite the push to online shopping.

“It is not a full cannibalisation of store sales,” Banducci.

“We are working very hard on our supply chain network, clearly we are not there yet.”