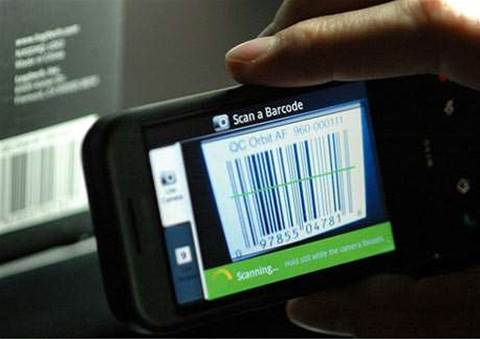 Supermarket giant Woolworths has completed an integration of its Woolworths Online shopping system and its mobile app, allowing customers to purchase supermarket items directly from their smartphone for home delivery.

The project helps fulfil the promise of mobile commerce the company first hinted at with Woolworths' iPhone app in August 2011 (an Android versionof which followed soon after in September).

The original iPhone and Android app essentially offered a faster way for customers to develop a shopping list and navigate products in-store.

It used the smartphone’s camera as a barcode scanner so that customers could scan the items at home that needed to be replenished, plus search options for additional products.

The shopping list would then be ordered according to the store layout of the Woolworths outlet the customer chose to visit.

The missing link was the ability to purchase these goods from within the app.

Woolworths customers could already purchase goods from the Woolworths Online web site for home delivery, and that same functionality was available via a mobile browser (via an m.site), but the supermarket giant was yet to integrate this secure payments and in-store picking process with its mobile app.

Has Fakira, innovation program manager at Woolworths said that despite mobile commerce already being available on the web site, the customer experience was better from the new iPhone and Android apps “because you can scan the product directly.”

He said the Woolworths Online e-commerce and fulfilment platform was custom-coded by the retailer and did not rely on any commercial off-the-shelf software.

The service also relies on staff physically picking items from a nearby store before delivery to the consumer’s home.

Fakira said this wasn’t necessarily any less efficient than picking from a warehouse.

“Woolworths is a highly integrated supply chain system from overseas through to shelf through to your door,” he said.

“But one of the key features of having a personal picker in the shop is they pick from the same shelves you do – the offer of being fresh is clear.

"That person can pick up a piece of fresh produce and think, 'If I wouldn’t put this in my trolley, why would I put it in somewhere else’s?'”

The service is available to around 90 percent of Australia’s population (dictated by postcode) and delivery is charged on a sliding scale according to the size of the order, with the minimum spend $30 and the most you pay for delivery being $13.

Fakira said Android users had been as vocal as iPhone users in pushing for new features. He hinted that Woolworths was considering Windows Phone as a third option.

“Watch this space,” he said. “We are looking at all possibilities.”