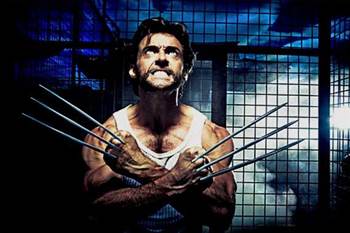 Faces prison, fines - or both.

Sanchez was arrested in 2009 on suspicion of having uploaded the unfinished version of the 20th Century Fox movie to Megaupload.com in March of that year -- a month before its official release in the US and Australia.

Hollywood executives called his stunt “unprecedented”. The main star of the mutant film, Hugh Jackman, was "disappointed" and confirmed in March 2009 that the FBI had commenced an investigation into the leak.

Sanchez faced a statutory maximum penalty of three years in a federal prison and a US$250,000 fine or “twice the gross gain or loss attributable to the offense, whichever is greater", according to a statement by the FBI.

But he was not the person who actually stole the file in the first instance, he told the New York Times in 2010.

Sanchez said he had bought the DVD while dining in a Chinese restaurant. He bought it from a Korean man who had walked in muttering “DVDs” and “digital”, according to the report.

Sanchez, who had paid US$5 for the DVD, said he feared he was a "scapegoat" and that he would be "crucified".

Meanwhile, Crown Prosecutors in the UK recently dropped a case against the two operators of Filesoup for helping distribute the copy of Wolverine after receiving advice that the charges were civil, not criminal.