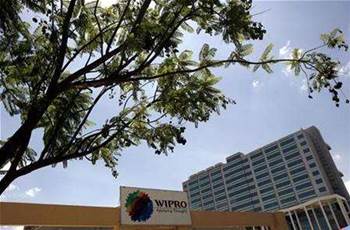 To focus on outsourcing.

Wipro, India's No.3 software services provider, said it will fold all its non-IT businesses into a new company and focus exclusively on information technology, sparking a more than 3 percent rally in its shares in Mumbai.

The new unlisted firm, known as Wipro Enterprises, will include Wipro's consumer care, medical diagnostics and infrastructure units, Wipro said in a statement to the stock exchanges on Thursday.

Wipro's board will remain unchanged and the separation of the non-core units will have no impact on the company's management structure, according to the statement.

Separation of its non-core businesses will allow Wipro to focus on IT, where it competes with Infosys and Tata Consultancy Services.

In the fiscal year 2011-12, Wipro's IT business accounted for 94 percent of its operating profit.

Fierce competition and rising operating costs have eroded the bottom line of some firms in India's $100 billion-a-year IT services sector.

"I don't think it's a very material move, in the sense, when people looked at Wipro, it was always as one focused on IT," said Bhavin Shah, chief executive of Equirus Capital in Mumbai.

"There are lot of positives internally that one hears about Mr. Kurien, about steps taken for stronger focus on the IT business, at some point if that starts delivering, certainly that's what the market will really care about," Shah said.

Wipro is due to announce its earnings for the quarter ended September 30 on Friday. (Reporting By Harichandan Arakali; Editing by Jijo Jacob and Ryan Woo)