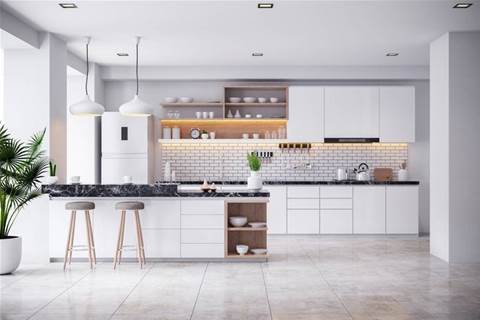 One of several broader programs of change.

Appliances, furniture and bedding retailer Winning Group is piloting SAP on Google cloud platform in its recently-launched New Zealand operations, in what is said to be a first-of-its-kind project for this part of the world.

CTO John Hanna told a Google cloud summit that if the SAP on Google cloud platform experiment works for New Zealand, it could also be introduced to Winning Group’s Australian operations.

The group - which is best known for its Appliances Online e-commerce store - opened a distribution centre and third-party logistics (3PL) service in Auckland in July.

The project was handled by Deloitte in New Zealand, which said in a July slide deck [pdf] that the implementation used SAP S/4 HANA.

That deck also quoted Hanna as saying the deployment “is seen as a lighthouse project for the Winning Group, providing a groupwide platform that will future proof the Australian operations” - though it appears this is a future program of work, and is dependent on what happens in New Zealand.

“[SAP on Google cloud in New Zealand] is a pilot for us,” Hanna told the Google event.

“We’re a big consumer of Google, being an online business and instore, be it from a search, personalisation or ad perspective.

“We’ve taken that to the next level and I’m pretty confident that what we’ve done in the past six months with... the SAP implementation on GCP, [we can look at] how we are going to expand that offering potentially over the next two-to-three years aligned to our strategic programs of change.

“We’re looking at our complete ERP environment for the Australian operations and hopefully using the NZ experience as a blueprint.”

Hanna said that an ERP upgrade is one of “three - possibly four - programs of change” that the company is pursuing on a groupwide basis.

Other programs of change are focused on end-to-end supply chain modernisation, e-commerce, and data infrastructure.

“How do we look at our data posture over the next three-to-five-plus years? What are the tools and the use cases that we need to drive, utilising Google, SAP and other tools and services that are available to really drive data maturity … as a retailer, both online and instore?” Hanna said.

On the data side, Hanna said that a “complete change of mindset” and a “radical shift” was needed on Winning’s side.

He said that whatever data infrastructure is deployed would need to “evolve over time”, requiring input from a range of internal functions as well as the company’s partners, including SAP and Google.