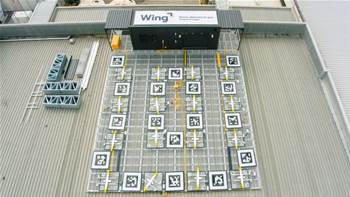 The Alphabet Inc subsidiary is piloting the drone delivery service, which it claims is the first-of-its-kind in the world, from Grand Plaza shopping centre in the Brisbane suburb of Browns Plain.

Since the pilot began in mid-August, Wing has made more than 2500 contactless drone deliveries from Boost Juice, Sushi Hub and Chatime to customers across the local government area of Logan.

Pharmacy TerryWhite Chemmart will join the food and beverage outlets from today, offering a range of over-the-counter pharmaceuticals and other health and beauty products that are drone-delivered.

The drone delivery service is expected to expand to other businesses located at the centre in the future, and potentially to other locations across Vicinity’s retail property portfolio if the trial proves successful.

Wing’s head of policy and community affairs for Australia Jesse Suskin said the pilot represents a new model of delivery that involves co-locating the company’s drones at shopping centres.

“For the first time, we are co-locating our drones with businesses at their premises, rather than local businesses having to co-locate their goods with us at our delivery facility,” he said.

The pilot comes two years after Wing first began delivering an eclectic mix of items, including coffee and hardware, from three outlets to two Logan suburbs, a service that has now expanded to 19 suburbs.

“The retail industry is changing, and Vicinity is employing a test-and-learn approach in areas critical to the role of Australian shopping centres in the future,” he said, adding that almost two-thirds of Australians live within 30 minutes of one of Vicinity's centres.