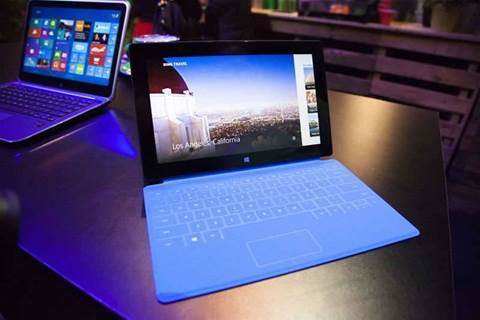 Licenses purchased, but not actually in use.

Microsoft's Windows 8 system has racked up more than 200 million license sales since its launch 15 months ago, lagging behind its predecessor Windows 7 which sold 240 million within its first year.

The latest Windows 8 sales figures, announced by Microsoft marketing boss Tami Reller at a Goldman Sachs technology conference today, are the first that Microsoft has made public for more than six months.

The relatively slow sales of Windows 8, and its latest incarnation Windows 8.1, reflect a steady two-year decline in personal computer sales, as smartphones and tablet sales explode. Sales of tablets are set to overtake PCs worldwide next year.

Windows 8 was designed as a flexible new system that would work equally well on desktops PCs and touchscreen tablets, but it ended up alienating many traditional users, while the company's Surface tablet failed to impress compared to Apple's iPad.

More worryingly for Microsoft, the number of people actually using Windows 8 is persistently low. While many businesses technically have purchased Windows 8 licenses, few have installed the system on office machines.

According to tech statistics firm NetMarketShare, only about 11 percent of PC users worldwide are using Windows 8 or 8.1. Meanwhile, 48 percent are sticking with Windows 7 and 29 percent are still running Windows XP, which is more than a decade old.

Windows 7, helped by the fact that it replaced the generally unpopular Windows Vista, is Microsoft's most successful operating system to date, selling more than 450 million licenses.