Will your movements be tracked at the next big event you attend? 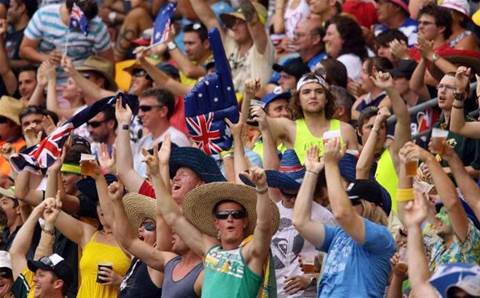 The technology following your phone from festival to festival.

If you were one of the 800,000 people who attended the Tour Down Under in South Australia last month, the state’s tourism commission was probably watching where you went and when, throughout the duration of the nine-day event.

Using wi-fi based technology provided by Perth vendor Satalyst, the South Australian Tourism Commission (SATC) was mapping where you entered, where you exited, where you dwelled, and how you got from spot to spot across the event site.

The SATC previously trialled the technology at the Adelaide Fashion Festival, and Satalyst says it has plans to put it to work at the Clipsal 500 in March and the Tasting Australia Festival in April.

It has sold the SA government agency a fleet of devices that “listens” for wi-fi MAC addresses emitted by the mobile phones of everyone within a designated range at a festival, sporting event, or other gathering.

The company’s managing director Todd Elliott said at any one time it will probably be able to ping an address from about a third of all the people in a crowd - depending on who has their phone turned on, or who has wi-fi enabled - which it can multiply to give an indication of the sort of numbers in attendance.

More importantly, however, he said it can be used to pick out what sort of attractions lure people within a fixed setting. For example, at the Tour Down Under, it can track how many people will visit the tour village and the finish line on the same day, and how many will space it out over different days.

Unlike the kinds of tracking used by department stores and other retailers with free wi-fi offers and bluetooth beacons, the Satalyst tracker is a “passive solution”.

“You don’t have to sign on to a free wi-fi network at all,” Elliott said.

“And you don’t have to have an app open.”

He insisted, however, that no personally identifiable information is collected in the process. The only way the MAC address could be linked to the device owner is if they decide to opt in with the SATC, or if somene got hold of a record of ownership linking your name to your phone.

Satalyst stores all the data on its customer’s behalf as part of its cloud-based offering, and the customer retains ownership: the company says it will never sell the information onto third parties.

However, Elliott said there is definitely the potential for organisations like SATC to start comparing the MAC addresses collected at different events.

“You can see that a person who attended the Adelaide Fashion Festival also went to Tasting Australia - but maybe not the Clipsal 500," he said.

“Then there is always the option for SATC to collect some more information with the customer’s consent to make that a bit more identifiable, and start pushing other events to their phones."