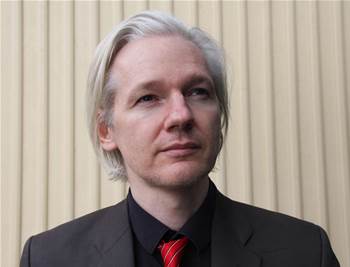 WikiLeaks and data centre provider DataCell plan to sue Visa and MasterCard for blocking payments to both organisations last December, according to Julian Assange.

The “financial blockade” was in “serious violation” of European Union competition rules, and violated Danish merchant laws, WikiLeaks said in a statement on Saturday.

The card giants' efforts immediately triggered a round of cyber attacks led by hacker collective Anonymous on each of the company's websites.

The two organisation's complaint of anti-competitive behaviour will be filed in Denmark's Maritime and Commercial Court, where DataCell would argue that the block prevented it from receiving payments for its normal operations as a data centre and web host.

Visa and MasterCard’s collective 96 percent control of the European payments market, combined with the coordinated blockade by the three payment service providers’ “constituted a concerted anti-competitive practice”, according to WikiLeaks.

According to the statement the blockade was in violation of Article 102 of the Treaty on the Functioning of the European Union, (TFEU), which prohibits agreements that restrict competition within the EU.

"The penalty for infringing the competition rules of the EU can amount to 10 percent of the turnover of the companies involved," said Assange.

"Moreover, violators of the competition rules may now be sued in most jurisdictions within the EU for damages under the law on tort. DataCell (and Wilkleaks) are now preparing such action in Demark and Iceland against the card companies."

There was no mention of PayPal or Amazon, which have also cut off services to WikiLeaks, however it was noted that “further actions in other jurisdictions will follow.”