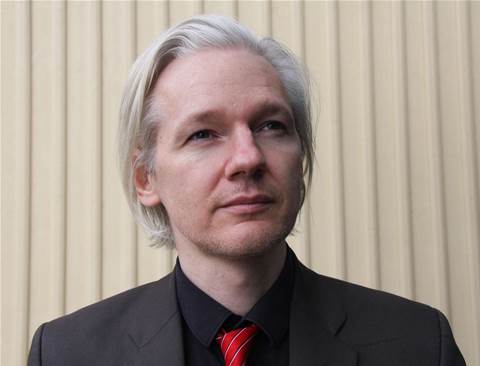 Spies said to have exploits for iPhones, Android and smart TVs.

Julian Assange's WikiLeaks claims it has obtained a top-secret trove of hacking tools used by the Central Intelligence Agency (CIA) to break into phones, communication apps and other electronic devices, and released documents related to those programs.

If verified, the information would amount to yet another stunning breach of classified material stolen in recent years from Uniited States intelligence agencies.

Wikileaks published 8761 documents and files, which it said was from an "isoloated, high-security network situated inside the CIA's Centre for Cyber Intelligence in Langley, Virginia" as the first part of a "Year Zero" series of leaks.

The anti-secrecy organisation said its publication of the documents pertaining to the hacking was the first in a series of releases drawing from a dataset that includes several hundred million lines of code and includes the CIA's "entire hacking capacity."

Among the explosive claims made in the documents are that the CIA, in partnership with other US and foreign intelligence agencies, has been able to break the encryption on popular messaging apps such as WhatsApp, Telegram and Signal.

That claim was labelled as incorrect by former US National Security Agency contractor Edward Snowden, who himself has leaked confidential American intelligence services material.

Snowden said that the CIA has not hacked the communications apps or their encryption, but instead "whacked" Apple's iOS and Google's Android operating systems, a much bigger problem he said.

According to Wikileaks, on top of iOS and Android, CIA has exploits for Microsoft Windows as well.

Wikileaks said CIA had "lost control" recently over the majority of its hacking arsenal that includes malware and remote control software.

The collection is being circulated among former US government hackers, one which provided the set of hacking tools to Wikileaks, the whistleblowing site said.

Reuters could not immediately verify the contents of the published material.

"We do not comment on the authenticity or content of purported intelligence documents," CIA spokesman Jonathan Liu said in a statement.

One cyber security consultant who had done work for the US. government, who declined to be identified due to the sensitivity of the news, said the leak appeared to be legitimate.

US officials said they were unaware of where WikiLeaks might have obtained the alleged CIA material.

One government source said he was unaware of any recent or current investigations into possible leaks of this kind of CIA material.

WikiLeaks also said the documents showed CIA operatives had researched how to hack and take control of devices other than computers and smartphones connected to the Internet.

In one case, it said, the US and Britain's MI5 intelligence agency, under a program known as Weeping Angel, developed ways to take over a Samsung smart television, making it appear it was off when in fact it was recording conversations in the room.

WikiLeaks has published tranches of secret government information in the past and played a prominent role in the 2016 US presidential election by disclosing internal emails of senior Democratic Party officials.

US intelligence agencies believe the emails were hacked by Russia as part of a coordinated influence campaign to discredit Democratic candidate Hillary Clinton and help Donald Trump, a Republican, win.

Russia has denied the charge.