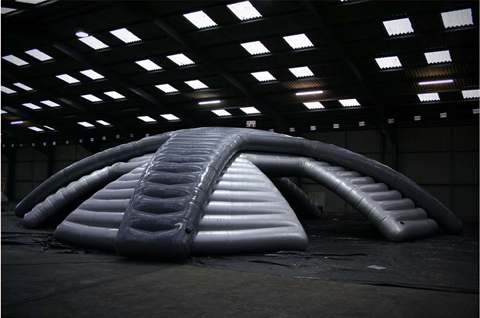 Should a data centre focus purely on function, or should it be an aesthetically-pleasing place to work?

"We have abandoned the container concept all together with one exception - parts of our modules can be transported in ISO 40 feet standard trucks," he said.

"The space is entirely built with co-location in mind. It is possible to have people in their working at great comfort, and flexibility."

White Mountains' former life as a nuclear bunker (it was called a "James Bond villain" data centre in some reports) was used to market its physical security benefits.

A similar aesthetic and marketing approach is being used for MDC. The company's 72 square metre basic module "MDC M1" has some of the characteristics of a standard container, but sheds its boxiness when attached to the circular "command module" (pictured). The outer shell is also constructed using armored Armox 500T metal plates made by Swedish Steel AB. 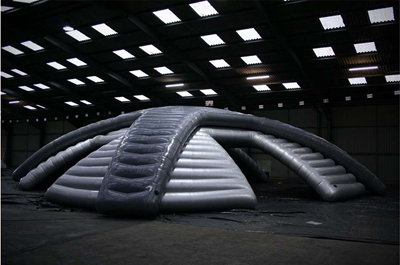 "We use a special armoured steel. War is no risk, but try to convince any normal customer to put valuable stuff like business critical solutions in fragile normal containers of thin plate," says Karlung.

MDC's proposed "large module", which includes 15 command consoles and 30 M1 units, could be built for €87 million, the company claimed, less than half of the estimated €350 million to build Facebook's proposed Luleå site in the north of Sweden.

The first prototype is expected to be launched next spring in Stockholm's tech hub, Kista.

The entreprenuer claims to have interest from "one major international company" to build a gigantic modular data centre, but he would also like Australian partners.

"Our project would be great in Hobart, Tasmania," he said. "This would give an excellent spot for a major modular data centre. Why? Because I assume that you have cheap land, and also a cooler climate than the continental Australia."

"Our project has advantages in reducing power needs if you have cold climate - but they still work in hot as well, but then you have to use more conventional active cooling."