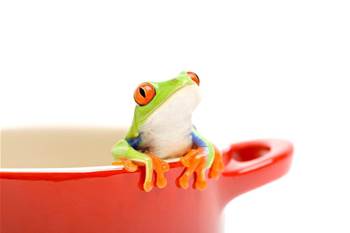 Westpac has built an internal IT ‘university’ aimed at reskilling its workers in future technologies that the bank sees itself adopting and insuring themselves against extinction.

TechU is the first component of the bank’s wider LearningBank one-stop online learning platform that launched around a year ago.

Westpac has also partnered with the likes of MIT and UNSW for more specialised courses as well as face-to-face learning opportunities.

There’s currently around 2500 pieces of content on the platform. The agile training course is the most popular.

Westpac CIO Dave Curran said the platform was intended to encourage people to self-educate in future technology areas towards which the bank is headed.

Curran revealed the existence of the ‘university’ during a speech to the Trans-Tasman Business Circle on Tuesday where he warned 35+ year-old workers to adapt or face extinction in the digital revolution.

“In my mind nirvana is where people are self-educating to where their interest is, somewhat guided by the organisation and people like me towards where the demand will be. There’s nothing better than that mix,” he told iTnews on the sidelines of the event.

Curran used an old metaphor of the boiling frog - where a frog placed into a pot of tepid water doesn’t realise it is slowly being boiled to death as the water gradually gets hotter - to describe the challenge organisations face in the digital 21st century.

He argued most big companies were still operating under 19th century governance structures, and were therefore in danger of boiling.

“How we work is changing. It's being driven by social, mobile, analytic and cloud based technology. Robotics and AI have well and truly arrived,” Curran told the event.

“Yet our leadership is still structured around slow and inefficient command and control models, which simply don’t translate to today’s workplace.

“Companies must adapt to prevent their workforce being outstripped by the pace of technology, and help our workers survive and thrive in a digitally disruptive world.”

Curran warned that the generation of workers aged over 35 years - the vast bulk of the workforce - were the most susceptible to extinction.

“[The older generation] have retired. Their expectations were pretty straightforward. They would go to school, finish their education, build their skills and base a career on these skills until they retired,” he said.

“I’m also not too concerned about the millennials. They grew up in the digital revolution. Millennials know the skills they build will not last, and they expect their lives and careers to be in a world of constant change.

“I’m most concerned for the workers in between: employees – like me – who are over the age of 35 but not close to retiring.

“Like the older generation who we learnt from, we also expected our skills to last our career. With the entrance of the digital revolution, that expectation no longer holds, especially when you consider we will live and work longer than we expected.”

Many workers in this age bracket struggle with technology and process-based change, Curran said, and end up resisting or trying to hold back the tide until they can make it to retirement.

He said organisations had no choice but to ditch the traditional waterfall delivery of change, cut down traditional hierarchies, and empower and motivate staff on to new ways of working.

Organisations must also turn away from modernising their workforces by making staff redundant and hiring new people, but rather by ‘refreshing from within’;  this is the change Westpac is attempting through TechU and LearningBank.

"In a slowly changing world, we approached resourcing by hiring people and augmenting their resources by sending them on courses. But when their core skills ran out, our refresh model was to make them redundant and hire new people,” Curran said.

“In a world of digital revolution where changes are happening fast, this model is unsustainable and is already straining at the seams.

“We can’t simply wait for the workforce to be taken over by millennials – it’s going to be too late. We also can’t just wait for 30 percent of jobs to be automated.

"Workers will and should be here for quite some time and to support this, we need an agile workforce that is willing and able to adapt, change, and embrace the opportunities of the digital revolution.”