Why TAS Managed Services gave internal IT to the COO 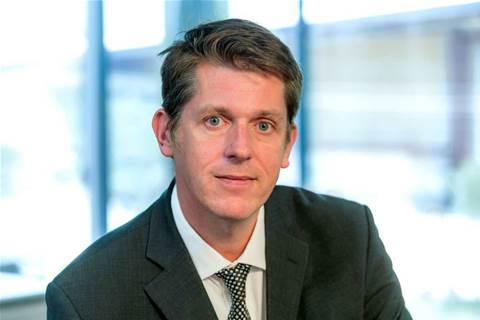 TAS Managed Services is keeping its newly-appointed chief information officer away from the day-to-day running of IT systems that underpin its business and its 50 mid-tier financial services customers.

The company — a provider of core banking, managed desktop, telephony and data services — has recently emerged from an internal restructure that has seen four previous business units trimmed to three, and new executives appointed.

Former operations and technical services units have been combined into a single Technical Operations unit and brought under the leadership of newly-appointed chief operating officer Jonathan Plaskow.

Plaskow has a team of 40 staff looking after internal IT and the systems underpinning service delivery to TAS customers. He is also personally charged with delivering “service excellence and continual service improvement”.

A separate business unit — known as Professional Services — is responsible for front-facing operations. The division kept the same name after the restructure but took on new functions.

The unit is led by new chief information officer, Jim Williscroft, and looks after client, project and product management and development. The company also has a Corporate Services unit covering procurement, accounts and finance.

Williscroft told iTnews traditionally the COO would have handled back and front-end responsibilities within TAS.

“Traditionally the COO would be responsible for both innovation and taking the business forward, and keeping the lights on. That person can get diverted day to day,” he said.

Splitting that responsibility afforded more time for each area.

"It’s given me the opportunity to focus on innovation and road shows," Williscroft said.

"Over the past two months we’ve had 500 innovation ideas and have taken six to the company, the ones we think have the most value."

Though not directly responsible for internal IT, Williscroft revealed some of the topline strategies being pursued through that part of the organisation.

TAS Managed Services tends to implement the technology it offers to clients internally first before making it available as a service.

As such, the company is currently deploying Windows 8 in some instances. It runs predominately Windows 7 but is playing with Windows 8 to form its strategy for client mobility.

TAS favours Lenovo for its laptops, currently using its Twist product running Windows 8, and Apple products for its tablets and mobiles.

The company has a strictly locked-down mobility policy. Employees cannot access the corporate network unless issued with a company-owned laptop and 4G dongle, and are only allowed email access on their portable devices.

Williscroft said staff understood the security implications involved and therefore had no issue with the policy.

He said the company needed to comply with the financial services regulator APRA’s outsourcing regulations and as such, had little wriggle room.

“Because of the security regulations we adhere to, we don’t allow BYOD devices, we’ve got no wireless within our data centres, everything is all wired, and the only way to get into the network when you’re not in the office is actually through a 4G dongle where we’ve got our own private internet link,” he said.

"From our point of view, there’s no need or requirement to change that. We find that works very well from a security point of view and we don’t want to open up vulnerabilities.”

Around 25 support and customer-facing staff have access to a laptop and dongle. Almost all employees use a company-provided iPhone, with which they can access email.

“You might say this is quite old-fashioned, but because of the security requirements it’s the safest way to do it,” Williscroft said.

“These are the types of issues we’re trying to help our clients with. They’ve also got mobile workers, it’s about how we can help them to do it securely as well. It’s not that we don’t want to [be more open], it’s not worth the risk.”

Client environments as well as its own internal technology environment are hosted in two data centres in Sydney, in Silverwater, TAS’s head office, and Belrose.

The Silverwater data centre is owned and operated by TAS and is located next to the head office building.

The company also has a caged area in Belrose, courtesy of UXC, which at full capacity can house up to 60 racks.

Williscroft said the facility is currently at 45 percent utilisation with around 25 racks taken.