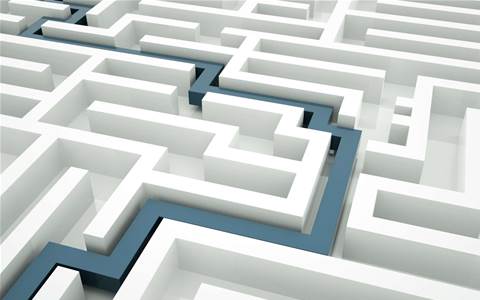 There is still a sizable school of thought in project, program and portfolio management that believes that the hallmarks of major initiative success come in the form of "on time, on budget".

If you are a part of that school, you should stop reading now. These factors have little or nothing to do with real success or failure in programs.

Programs are designed to deliver an agreed set of results, and some degree of change in an organizational goal or condition, state or performance

Judging failure begins with understanding the degree to which all, many or some of the agreed results are likely to be delivered (or not), and are in the process of being delivered.

The program goal is 15 percent efficiency improvement in transaction processing. The program starts and ends on the agreed dates. Program cost is within 5 percent of budget. Some requirements are "descoped" during specification as too time-consuming.

Schedule slips result in reduction in test time of 35 percent. Implementation is compressed from 15 weeks to seven. Efficiency improvements are measured 12 months after program completion and evaluated at 3 percent improvement.

Was the program a success? By many measures, it succeeded. However it did not even come close to what was anticipated, delivering some 20 percent of what had been agreed as needed.

From the reader's viewpoint, a simple list of things that make programs fail, listed in priority order, would be very useful. As you might have guessed by now, it is not quite that simple.

However, it is possible — using the experiences and anecdotes from real programs — to isolate the major program failure "influencers".

The road to failure

These failure influencers are areas, events, decisions and actions, which — if not quickly escalated and managed, if handled poorly, or if not even noticed — have an outsized impact and contribution to some failure condition within the program. In these cases, success would be the surprise outcome.

Here is just one example: program management capabilities. Organizations that support defense needs will plan, execute and close many programs year over year. Other types of organizations, however, have never planned and executed a large-scale program, or have done only one or two every few years.

Many (mistakenly) continue to believe that programs are simply projects on steroids. This is at best naïve, and, at worst, dangerous.

At the definition stage for the program, you should assess the capabilities and skills of those involved.

If the results are not encouraging, consider, for example, filling the role of program director with a highly experienced consultant, or run a basic skills "boot camp" for program leaders and key team members.

Other influencers of program success or failure include:

The best way to avoid being drowned in a program failure is not to let it fail. Pay particular attention to this list of failure influencers during program startup.

A good start creates momentum in a good direction. Specific actions can be taken to reverse a drift toward failure, but they must be prompt, agreed on and the subject of real consensus. Escalate until real action is taken.

Either that or take to the boats.

Michael Hanford is a vice president and analyst with Gartner's Program and Portfolio Management service.