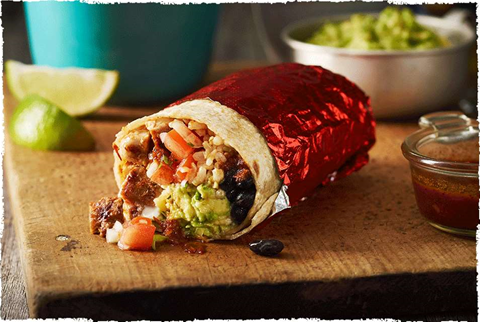 Mexican food chain Mad Mex is about halfway through migrating a traditionally Excel-based business entirely to the Microsoft cloud, to cater for rapid growth and an appetite for international expansion.

Now, the chain is 60 stores strong across Australia and New Zealand, and has its eye on growth overseas.

But the Microsoft Small Business Server solution and Excel spreadsheets that had suited Mad Mex fine when it could count its stores on one hand failed to cope with the business' rapid growth.

That - coupled with Microsoft's decision to make SBS end of life in 2013 - forced the Mexican food chain to rethink its IT strategy.

Mad Mex CIO John Boyd joined the business in August 2014 and immediately commenced a review of its infrastructure, which was by that point severely overloaded.

The review found the best option for the business would be to shift its operations into Microsoft Azure.

After a year of planning and reviewing existing processes, Mad Mex kicked off the migration - with help from integrator Professional Advantage - last November.

First cab off the rank was shifting from Exchange to Office 365. With that move now completed, Mad Mex is focusing on its SharePoint rollout, scheduled for March.

"The plan is to have no on-premise servers at all by April," Boyd said.

SQL Server 2014 will be Mad Mex's business intelligence solution, combined with PowerBI, to give its 50-odd franchisees data in a way that helps them make business decisions.

Boyd expects deployment to be complete within the next two months, while a shift to Dynamics CRM will commence early next financial year.

"It's quite a bullish timeline, but the good thing is that - being an entrepreneurial business - means we are quite nimble," he said.

The business won't be a complete Microsoft shop, however - Boyd has chosen to stick with Oracle for its point-of-sale system, and will upgrade from Oracle Hospitality to the cloud-based Symphony offering.

"This is really about building and putting in place the foundations to allow the business to become a medium-sized business, and look at smarter ways to do finance and supply chain and keep the costs at a minimum," Boyd said.

"One of the main drawcards about Microsoft was that each component speaks to the other reasonably seamlessly, and there's a lot of advanced dashboards."

Not only will hosting the company's systems in Azure make international expansion easier, according to Boyd, it will also future-proof franchisees by removing their reliance on hardware in favour of simply an internet connection and a browser.

"That's where we are ultimately moving, where franchisees can access the store's information from their home or from other stores if they are a multi-operator," Boyd said.

"Already there is less of a need for [office staff] to take their laptops home, because they can access Office 365 on their home Mac or PC."

Why not a full ERP?

Boyd opted against going for a full ERP solution to make sure the business was only paying for exactly what it would use.

"SAP and Oracle ERP are a bit of overkill when it comes to trying to support a Mexican food franchise business," Boyd said.

"The good thing about Dynamics is it's quite modular, so rather than buying a full ERP system we're kind of going step by step, and it's much more cost effective.

"Ultimately it's about matching complexity to your requirements: we sell Mexican food, it's not a complicated business, and you want to be able to choose something that can be supported without having to bring in a raft of consultants and have that dependancy moving forward."

No death knell for Excel

While the move to Azure will help cut down reliance on the lifeblood of many small to medium businesses - Excel - Boyd is adamant the shift doesn't signal the end of spreadsheets for Mad Mex.

"It will still be used for analysis, but it won't be used as a database," he said.

"A lot of the hard work and heavy lifting will be done by SQL. Ultimately I think this is where a lot of companies fall down - we don't want to get rid of Excel, we want to present our information in Excel and analyse it, but just not necessarily try to make it replicate systems like it isn't designed to do."