Why conservationists are using facial recognition on fish 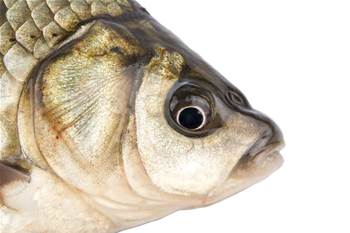 The Australian division of an international conservation organisation has won $750,000 to develop technology that applies facial recognition to fish to combat a looming global fishing crisis.

The project’s name is a give-away: it’s facial recognition technology for fish.

Not their faces, exactly, but their species. The funding will allow the organisation to keep developing visual matching software to help digital cameras recognise fish as they’re caught on commercial vessels, and the volumes in which they are hauled on board.

In doing so, it may give Australia’s federal fishing regulator — and all its counterparts around the region— the tools they need to solve a potentially huge problem.

“The world is running out of fish. Global peak fish catch occurred in the 1980s and the global catch has been declining ever since. In fact, 64 percent of fisheries are now overfished and 90 percent of all fisheries have no effective management in place," TNC says on its website.

“The reason? Insufficient data. We simply don’t know which species are being caught where and in what quantities to inform sustainable management."

TNC hopes its technology - which is powered by a machine learning engine developed by Swedish firm Refind Technologies - will reduce overfishing and promote sustainable fishing.

FishFace will be trialled initially in Indonesia with deep-water snapper and grouper fisheries.

Australian marine manager Dr Chris Gillies said the technology had the potential to be applied across all of Southeast Asia.

“Australia is one place we can go to large scale trials,” Dr Gillies said. “Australia, which manages its fisheries quite well, is a great place to be testing FishFace data management and collection."

The Australian Fisheries Management Authority (AFMA) is one of TNC’s quiet supporters, and for good reason: it is currently trying to battle through technology constraints to effectively regulate fishing activity in Australian waters.

During a senate estimates hearing earlier this month, the AFMA’s chief executive, Dr James Findlay, revealed data communication constraints were preventing it from reporting its view on incidents in real-time, due to the cost of live ship-to-shore data feeds.

The AFMA has between two and six high-definition cameras each on around 80 vessels. It collects about 3G of data per hour on the current footprint, but has the capacity to expand its camera fleet by a further 220 devices.

It has been in discussions with communication providers over the feasibility of streaming video of activity on fishing vessels in real-time, but current costs of around $100 per gigabyte is too prohibitive for the organisation at the moment.

The organisation currently pays less than $10 to to postal providers to bring the hard drives it uses to collect the footage on the boats back to its offices onshore.

The TNC FishFace technology could potentially provide AFMA the precision to discriminate between what information is collected on hard drives and what is fed live from ship to AFMA onshore via satellite or other means, without excessive cost.

“One of the reasons we're moving toward cameras and away from the human observers is because the operating environments in which these observers operate is not a safe place to be on a daily basis, and some of that risk on some of our boats," Dr Findlay recently told Fairfax.