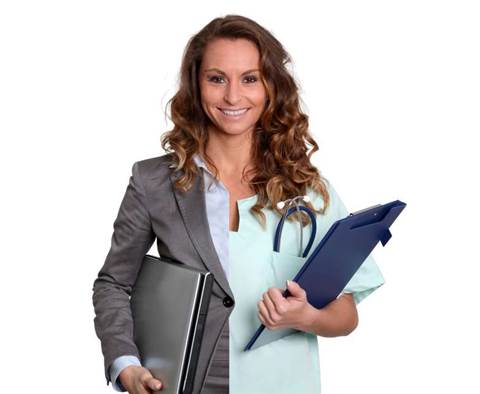 Welcome to the age of the double-degree.

The number of students graduating from Australian universities with a degree in IT appears to be stabilising following a long-term decline, but the domestic IT sector nonetheless faces a key problem: the majority of students signing up for IT degrees do not complete the course.

The number of students graduating from an IT degree fell by a staggering 52 percent from 2003 to 2010, according to figures from the federal Department of Industry. The numbers have started to look up over the past few years but fell again slightly by two percent in 2012.

But not only is the rate of recent growth in IT degree sign-ups underwhelming compared to the steady increase in overall university enrolments (up 70 percent from 2003), those who do sign up are - in the main - not finishing the course.

Upwards of 70 percent of students that enrol in an IT degree do not complete it. To be specific, 16,411 students commenced an IT degree in 2009, but only 4452 of those graduated in 2012, according to the Department of Industry figures (assuming a standard three-year length of an IT degree).

Download the 2014/15 IT Graduate Guide for the Top 25 Grad Programs in Australia.

There were 9560 job vacancies for ICT professionals and 4821 vacancies for engineering, ICT and science technicians last month, according to the Department of Employment (12 percent less than the same time last year) - compared to the 4452 students graduating with IT degrees in 2012.

But despite the number of unfulfilled job - i.e. the amount of university IT graduates in full time employment four months after completing their course - fell from 74.7 percent in 2012 to 70.3 percent in 2013, according to Graduate Careers Australia’s latest (2013) GradStats.

The two sets of figures suggest a mismatch between the skills an IT graduate leaves university with and the skills in demand by employers.

According to a number of Australia’s top universities, employers are seeking workers with a blend of technical and non-technical skill sets.

Justin Zobel, head of the Computing and Information Systems department within Melbourne University’s School of Engineering, said a “remarkable” number of employers were constantly expressing their frustration at not being able to find the graduates they need.

“I think the metaphor is ‘going out for a bucket and coming back with a teacup’ - they just don’t get the numbers of higher-end graduates they need to maintain operations,” he said.

David Lowe, professor of software engineering in the Engineering and IT faculty of Sydney University, attributes the gap to shifts in the type of IT work completed in Australia.

“A lot of the baseline, low-level coding work has been shifted offshore, and a lot of IT work being done here is much more around understanding the innovation that underpins IT - defining the nature of the systems, systems integration, and understanding how it impacts on change to business processes, it’s much more contextualised,” Lowe said.

“So the jobs that exist require less of a narrow technical skill set. They still require strong technical skills, but they require a broader understanding of the context in which it is applied.”

Several years of highly-publicised IT offshoring initiatives within Australia’s largest organisations was helping to drive home the need for a more diverse skill set to prospective students, Lowe said.

“After the dotcom bubble burst there was a perception among students that doing an IT degree was not based on solid foundations. There was a lot of speculation and a lot of IT development was speculative development,” Lowe said.

“Today IT has become much more deeply embedded into business processes. The role of IT within the organisation is much better understood and embedded. I think students have finally gotten over that drop from ten years ago and realised the role IT plays in the industry and that there is a solid base to it.”

And students are starting to catch on. Lowe believes the drop in completion rates for pure IT courses can be explained by a rise in the number of students embarking on combined degrees.

Sydney University sees up to 50 percent of its students undertake combined degrees, such as a Bachelor of Commerce with a Bachelor of IT.

“They’re not abandoning IT, they’re just broadening,” he said. “You often get students in IT degrees who get halfway through and then discover the importance of that breadth, and they transfer into a different degree where they can leverage the IT component.

“They see IT as valuable but not just on its own. So they switch to a Commerce degree, or a Biomedical Degree because they’re interested in building IT into biomedical systems.”

The dropping numbers in IT degree enrolments could also be partially countered by the number of students studying IT subjects within other degrees, he said.

“Whilst you might be seeing low numbers on base IT degrees, students in other degrees will be doing IT units,” Lowe said.

The University of Technology Sydney has also seen a significant increase in enrolments rates for double degrees.

Director of undergraduate programs for IT Chris Wong told iTnews in the past three years, the number of students signing up for a Bachelor of Science and IT had practically doubled - to over 500 this year - and the combined degree was boasting an 85 percent completion rate.

“Parents and career advisors want students to cover both bases, and we actually have an employer group here that always talks about soft skills, working with business, as opposed to pure techies,” he said.

Christine Van Toorn, lecturer within the Information Systems, Technology and Management Australian School of Business at UNSW, said positions requiring a combined business and technical skill set were not as easily offshored and provided the best opportunities for students.

“People are realising we’re offshoring a certain skill set which is fairly perfunctory, and others that require more rigour and knowledge of the local market and more business skills are the kinds of jobs that are still here,” she said.

“Students are focusing on tech skills over soft skills,” UTS’ Wong said. “Employers say to us constantly we need students who talk not just IT language but business and customer languages.”

Does the industry still need "pure" technology degrees? Read on or head straight to the iTnews Graduate Guide for 2014/15.