Why architects and builders are turning to robots 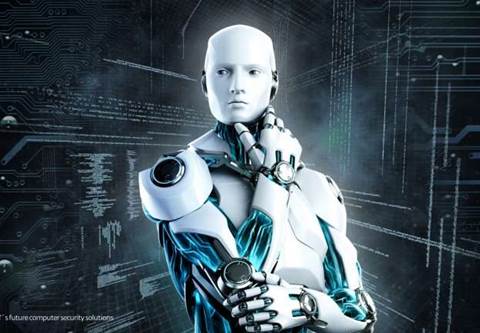 Welcome to the cutting edge of construction innovation.

A growing number of top architectural and construction firms are turning to robots to help them realise ever more complicated building designs, and Australian researchers are helping them get there.

One such team, at Bond University on the Gold Coast, is studying the use of sensors to guide machines around the sorts of cluttered environments often found on a construction site.

Assistant professor at Bond University’s Abedian School of Architecture, Jonathan Nelson, told iTnews that traditionally architects were responsible for design and builders for implementation, but the lines were increasingly blurring.

“The kinds of things that architects are now designing – and you can pick any number of Frank Gehry or Zaha Hadid buildings as an example – mean the architect has to have much more control because they’re trying something that’s completely new," he said.

This desire for innovation has led some of the world’s leading architecture firms to begin integrating prototyping tools, including robots, into their design process.

“There’s a Norwegian firm called Snøhetta that has just finished an addition to the San Francisco Museum of Modern Art, and they were using robots for prototyping the side panels,” Nelson said.

“Architects like SHoP in New York City have started a separate company to fabricate things, and they had a separate division that fabricated the metal panels at the Barclay Centre.”

As interest in the field grows around the world, academics are keen to push the boundaries of what can be achieved with robots, with some local universities at the forefront of these efforts.

“There’s around nine architecture schools in Australia that have robots now, which is an insanely large number for such a small country,” Nelson said.

“We were the third to get one in 2014, and at the time we did, there were maybe 40 architecture schools in the world that had robots. Now there’s probably twice that many – and Australia has triple.”

At Bond University, researchers are collaborating with HAL Robotics to tackle the problem of imprecise environments, where the exact location of an object a user wants a robot to handle might not be known in advance.

“In a Tesla factory, where there are 80 or 90 robots on the production lines and each does a different thing … [a robot] only has to be programmed once and as long as everything is where it’s supposed to be, it will work just fine,” Nelson said.

“On places like construction sites, that’s never the case. You can’t set up a precise and highly-designed factory environment at a construction site and you can’t control things like the weather, the exact topography, or any other situation that might arise.

“With sensors, the camera is telling the robot where the brick is and how big it is, so the robot no longer needs precise information, it only needs to know roughly where it is.”

One way of overcoming these challenges, demonstrated at a recent robotics show called RobArch 2016, is connecting a Leap Motion sensor to a robot to follow a user's hand in real time.

“So you could be mimicking picking up 200 kg concrete blocks at a desk and a robot will be mimicking you,” Nelson said.

“Sculptors and other artisans could work with materials that are far too large or dangerous to handle, but still work with them in the way they’re used to.”

The Bond University team also connected a Titan Reality sensor pad to a robot, which was used to identify an object based on properties such as its position, orientation and reflectance.

This allows a robot to quickly identify an object, without needing to manually enter the precise details of its coordinates.

“What’s unique about architects and robotics is that the way most industrial robots are programmed is very archaic, so you have to teach the robots manually each point of exactly what it needs to do,” Nelson said.

“Whereas architects want to build a 3D-model and then teach the robot based on geometry, rather than manually sitting writing code.”

Still more to be done

Nelson cautions there are still major obstacles that need to be overcome before robots become commonplace on building sites.

However, the use of robots in the construction process has a bright future ahead of it, he believes.

“There are still a lot of challenges [ahead], including the mobility of robots and how you coordinate people working alongside robots,” Nelson said.

“It’s going to be a while before robots are on construction sites for a 1000 reasons. But before that they’ll be in factories building complicated things very quickly.”