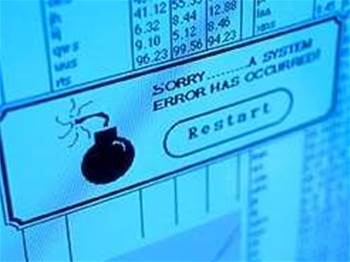 For the second time in just three months, Westpac’s online banking services have suffered a blackout, locking out customers and businesses from accessing their accounts.

Westpac's head of media relations, David Lording, said the bank had been aware that its homepage, www.westpac.com.au, had been out of action since at least 8:30am this morning.

A number of readers have confirmed this while some have even reported the service has been suffering intermittent outages since as far back as Friday.

"This is in no way an external security threat," Lording said. "It's an internal problem, and while we haven't isolated the cause of the problem, we will have a temporary replacement homepage set up for our customers by this evening."

In the meantime, Westpac's Internet Support Line and bank tellers have been directing customers to use https://online.westpac.com.au/ to access their account. However, links from that page to other sections of Westpac's website are still suffering from the blackout.

Customers who have missed credit card payments and who will be subject to overdue fees will be reimbursed by the bank, Lording said.

The blackout will raise several questions of Westpac's IT operations considering it’s the second time in just three months that such an outage has occurred.

In June of this year customers were forced to go hours without online banking following a system crash that affected ATMs, branches, and Internet banking countrywide.

Westpac pinned the blame of the last outage on a contractor who had pulled the plug on a power supply at their NSW IT centre.