US to open program to replace Huawei equipment

Westpac's thumbs up for back-end grunt 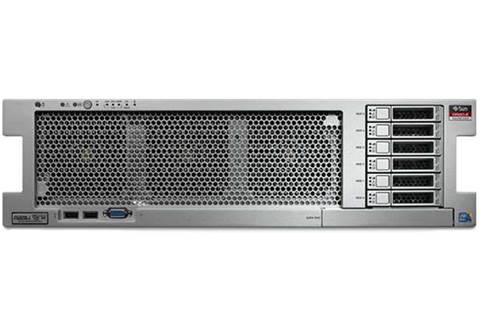 Big Blue-powered Westpac is on its way to becoming a card-carrying member of Oracle's red army after porting its unified customer master system from an IBM mainframe running DB2 onto Oracle's Exadata platform.

Paul Spiteri, CIO of payments and shared services at Westpac walked into the Oracle Openworld conference in 2012 sceptical of the performance claims the vendor was promoting for its 'engineered systems'.

"If I had to characterise Oracle in the past, it would be to promise capability here," he told this journalist, extending his arm towards the roof, before lowering it to shoulder height — "But only deliver here."

He nonetheless signed up for a proof of concept trial of Oracle's Exadata boxes after viewing benchmarks at the 2012 event, with a view to potentially using them to speed up the processing of data in the bank's Unified Customer Master system.

A bank's Unified Customer Master system is a database of details for each customer — their address and preferred contact details, demographics, and the products they consume from the bank. The UCM is thus referenced on a regular basis by transaction systems and needs to operate at high speed.

For the pilot, Spiteri gave Oracle an idea of the size and characteristics of the customer data he would intend to run on such a system in production and a pattern for how each data component relates to the other.

More specially, he asked Oracle to assume the system held 250 million customer records, and was accessed at a ratio of 90/10 reads to writes, which reflects the manner in which the customer master system tends to be 'read' by other banking applications more often than it is updated.

"We set what we though were aggressive targets," he said. "We wanted the system to run at 800 transactions per second and an average of 200 ms per transaction.

The results were "staggering — over 4000 transactions per second, at an average of 46 ms."

On the strength of these numbers, Westpac opted to port the customer system from DB2 on mainframe to Oracle's new engineered system under the expectation that similar gains could be made in production.

Once Spiteri committed to the new platform, he was given a tight deadline. Westpac is currently in the throes of an online banking transformation powered by the Fiserv platform, and each new release of this system (and others) depends from a testing standpoint on the systems it connects to.

It was decided that the new Customer Master System had to be implemented within seven months to prevent any delays to the bank's wider transformation agenda.

"We operate under enterprise releases," Spiteri explained. "A large part the enterprise release is the testing cycle. We had to make a call for one of our other transactional systems — do we test it on the old customer master system, or on the new one?

"We were confident enough to make a call that they should test their next releases on the Exadata platform rather than the prior customer master system.

"But that meant that if the rollout was delayed, those projects would have had to go back and change all their testing to source customer data from the DB2 mainframe. So if we had missed the deadline, they would have missed their part of the release cycle, and we'd push everything back three or six months."

In June 2013, Westpac switched the new customer master system on. Immediately, batch jobs ran 95 percent faster than the previous system, while online transactions were anywhere between two to 12 times faster.

"My expectation was that reads would be a lot quicker, the upsets (updates and inserts) to be equivalent or slower," Spiteri said. "But we've found the upsets to be two-to-four times quicker and reads were 4-12 times quicker. And what's frightening is — this was straight out of the box — before any tuning."

Spiteri said he won't roll the Exadata platform "across the board", but nonetheless expects it find a home elsewhere in the organisation.

"UCM is at the heart of what we do," he said. "At the heart of Westpac's cross-channel strategy is the customer. This system is used a lot for analytics and warehousing, but we also use it to be the link across channels in our operational world.  And as we have success with one channel, we tend to want to make others aware of it."

"We see this as a great example of innovation," Spiteri said. "The DB2 mainframe was meeting our needs, but if we projected ourselves out, this will be a step-change for us. Innovation isn't just about ideas — it's about having the courage and capability to make that a reality."