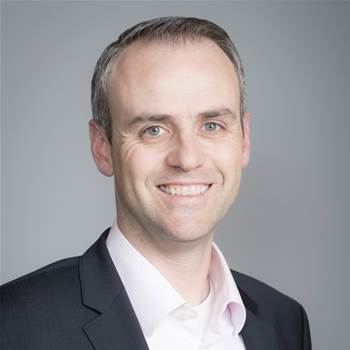 Kevin Correll heads to the US.

Westpac’s head of consumer payments Kevin Correll has left to take up a role at PayPal in the United States.

Correll has been appointed head of enterprise platform growth at PayPal, leading a payments team that ensures "payout capabilities are aligned to merchant's needs across all elements of the payment lifecycle."

Correll announced the move on LinkedIn last week, stating he had wrapped up a period of gardening leave at Westpac.

He said the opportunity at PayPal "meant leaving Australia much earlier than planned", but was "the kind of opportunity that made an international relocation during a pandemic worth it - which is about the highest praise I can offer, now that I think about it.”

Since his departure, Correll’s role is now being performed by the head of payments, loyalty and customer success in Westpac's consumer finance business, Swendri Weeraratne.

Prior to his time at Westpac, Correll spent six years with JP Morgan Chase, three of which were spent developing products and services as head of product management for Asia Pacific merchant services.

He spent another three years at Amazon in the payments space, and has also worked for fintechs Rêv Worldwide and PerkStreet Financial, and US financial corporation Capital One Financial.