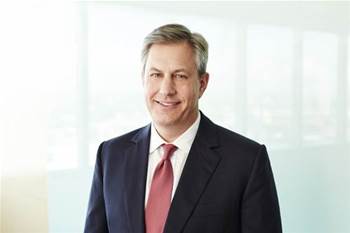 Declares its generic API open on day one, as Labor demands to see legislation timeline.

Westpac has welcomed the new financial year with a bout of technological chest beating over its readiness for the onslaught of open banking, despite questions still swirling over whether enabling legislation will get through Parliament in its current from.

Australia’s oldest bank on Monday sought to steal a march on its peers by declaring it has launched API availability for generic product data from today as part of the federal government’s pilot program, the first step of wider industry reforms that fell victim over-optimism and election timing.

The conspicuous effort to showboat open banking and tech leadership at Westpac comes as continues to wrestle with plugging in Apple Pay, leaving it as the last of the majors to plug into Cupertino’s conquest of payments revenue.

Having been costed at $200 million by Westpac CEO Brian Hartzer, Westpac’s open banking play has always been billed as a game changer for both the bank and the industry with previous CIO Dave Curran previously cautioning it could prove a major industry disruptor in terms of tech execution.

“The pilot program will lay initial foundations to test the performance, reliability and security of the system before any personal consumer data is shared. It will also give software developers and fintechs a network of financial institution’s data to build and improve financial services.”

Fintechs are rather a passion for Westpac, with the bank heavily backing a bunch of start-up through Re-inventure fund.

Banks generally are ploughing angel cash into some of the sector’s more nerdy but customer-facing launches because they have the potential to save big in-house development costs for new capabilities while allowing an easier path to further monetise R&D.

The open banking regime had provided a strong catalyst for both institutional and venture fund investment only to be put on the ropes by Labor saying it was unconvinced over the merits and consequences of open banking in the last days of the election campaign.

The statements made by Labor’s former technology spokesman Ed Husic caused heart murmurs across retail banks because of the significant amounts of capital already sunk into builds for open banking.

The political uncertainty around open banking and the election result is understood to have triggered some institutions to pre-emptively hit pause on further big commitments in case they became redundant post-result.

But with Labor consigned to the Opposition benches for another term, banks are quickly dusting-off their previous plans with an expectation the necessary legislation could be thrown back into Parliament by the end of this month.

Labor on Monday wasted no time in pushing the Morrison government to declare its hand and reveal plans and timing for the new laws.

“Labor wants customers to have access to, and control over, their personal data,” Shadow Minister for Financial Services Stephen Jones told iTnews.

Jones said the his party “wants the banking industry to facilitate a competitive financial services industry and a big part of this involves data access and mobility.”

“We call on the Government to provide a legislative and reform timetable for open banking.”

The office of Assistant Minister for Superannuation, Financial Services and Financial Technology, Jane Hume has been approached for comment.

"We have worked hard with regulators and other industry participants to ensure the Consumer Data Right regime will be successful, particularly in building consumer trust and confidence around the use and exchange of their data.

“From today, developers can access information about how to integrate with our APIs [through] our Developer Portal," Crous said.