Westpac to colocate brands in a single branch 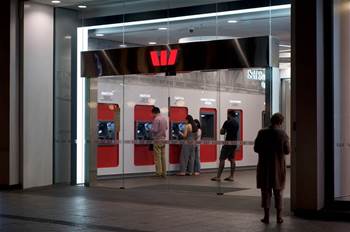 Westpac is integrating the infrastructure of its four banking brands so that customers can use branches interchangeably.

In a market update delivered today, Westpac CEO Peter King said the multibrand infrastructure “opens the [branch] network to all customers across all brands", including Bank of Melbourne, St George Bank and Bank of SA.

This includes all counter transactions – deposits and withdrawals, cheques, and coin counting, which he said “are particularly important for small business customers”.

The changes will be rolled out from early 2023.

King said the bank's investment in digital infrastructure supported branch colocation, with multiple branches under a single roof, which King said “improves the economics of our network while maintaining access for our customers”.

There are currently 21 colocated branches now operational, and “we’re reviewing opportunities for over 100 more”, he said.

Today, King said, colocation involves multiple computer systems in the branch, but by early next year, only one system will be required.

The multibrand infrastructure is part of Westpac’s long-term plan to cut $8 billion from its cost base, first announced in May of 2021.

The multibranch infrastructure and colocation will primarily deliver savings in real estate, King said, with Westpac expecting to retain as many staff as possible.

During an investor call, King told iTnews the multibrand infrastructure primarily reflected work Westpac has put into the “digital front end”, as distinct from its backend ledger infrastructure.

“What we talked about today is about the digital frontend … we want to get the customer experience in digital, and we want to get one process for customers," he said.

Some of the ledger operations between Westpac and St George will remain on discrete systems for the time being, he said.

“The ledgers … are really just doing the counting. That’s a much lower issue for us in terms of priorities … we will collapse those ledgers down the track”, King added.