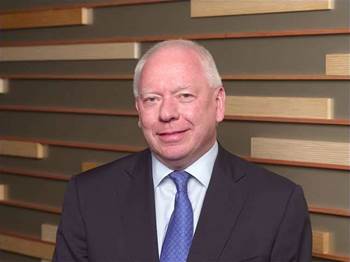 Westpac's entire Australian operations are set to shift from an on-premise legacy mix of Lotus Notes, Novell GroupWise and Microsoft Exchange to a hosted Microsoft collaboration suite delivered as a service from a local Fujitsu data centre.

The migration, negotiated as part of Westpac's renewal of an IT outsourcing agreement with incumbent supplier IBM, represents one of the largest software-as-a-service deals to be struck in Australia.

Sources close to the deal told iTnews this represented some 50,000 inboxes. The bank's staff would use Microsoft Exchange, Sharepoint, Lync Unified Communications (Instant Messaging and Live Meeting) as well as Mobile Device Manager.

McKinnon noted that Westpac was the first financial services organisation in the world to have such a large SaaS implementation around collaboration.

Westpac's retail arm had been “locked in to a very old version of Lotus Notes for a very long time",  McKinnon said, while St George ran on Novell GroupWise and BT Financial Services used Microsoft Exchange.

McKinnon said it was “quite difficult to organise a meeting across every organisation” under the Westpac Group umbrella, as every diary was based on different technology.

He said Westpac showed interest in the cloud model and had plenty of options on the table.

A “number of service providers” had pitched a SaaS offering from offshore data centres, including a direct offer from Microsoft, which delivers the Business Productivity Online Suite (BPOS) from a data centre in Singapore.

Westpac declined these offers due to regulatory pressure around data sovereignty, he said.

“We had a major restriction," he noted. "We could have bought from Microsoft who had a hosted service out of Singapore, but from a data sovereignty point of view, financial services providers can't allow data to be offshore. You wouldn't be surprised to know a lot of important data is held on email."

Other providers had offered a hosted Exchange service onshore, but none were “doing it to scale”, he said.

Fujitsu provided “both the cheapest and most effective way” to move to SaaS, he said.

"We deliberately invested in Australia ahead of the curve," he said. "This infrastructure is owned by Fujitsu and was on the ground and available – this was built."

Benefits from the scale of infrastructure built under the Westpac contract would "no doubt" flow onto other Fujitsu customers, McNaught said.

While the deal was genuinely "pay-as-you-go" – giving McKinnon's team the flexibility to pay per seat and scale up and down as required – a base term was agreed between Westpac, Fujitsu and IBM that forms part of Westpac's IT outsourcing deal with IBM.

IBM had been contracted to help integrate the Microsoft/Fujitsu SaaS solution with internal Westpac systems.

Stay tuned for a wider discussion of Westpac's relationship with IBM this afternoon.