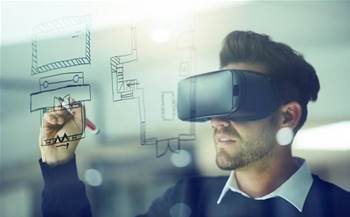 Will test technology this month with Microsoft.

Westpac is hoping to make use of Microsoft’s virtual reality meeting technology, including hybrid metaverse spaces, as it seeks to make it easier for hybrid teams to get together.

The bank will meet with Microsoft in July to test new functionality including by holding a hybrid meeting in the metaverse with attendees wearing VR goggles.

In a Westpac Wire post, the bank listed figures from an Australian Bureau of Statistics survey that showed nearly twice as many Australians worked from home one or more times a week in April 2022 compared with pre-March 2020, with no signs of changing.

Westpac's head of workplace services Paul McKenna said a new feature offered by Microsoft called ‘front row’ could be useful, lining up the “people on the video conference along the bottom of the screen, rather than having the Brady Bunch-style boxes”.

"It is more engaging because it looks like they are virtually sitting around the table that you're on and it swaps people in and out as they speak," he told Westpac Wire.

Room layouts are also different to traditional video conferencing, with Microsoft looking to use a "smile-shaped table that faces a big screen and cameras at the front of the room".

In-person attendees sit side-by-side and there is an "elevated second row of seats to offset any loss of space."

McKenna said that Westpac is in the process of trying out different room configurations, which will potentially see the installation of big screens in meeting rooms to make online participants more visible.

Despite its upcoming test run in July, McKenna does not believe that the technology is quite ready as the online avatars still need refinement.

“I’ve seen a lot of renderings and the problem at the moment is that you can’t replicate your face or expressions – the avatar is an approximation of the way you look and your expression," he told Westpac Wire.

“Until that problem is solved, I think it would be more distracting than engaging."