Westpac ponders next step in biometrics 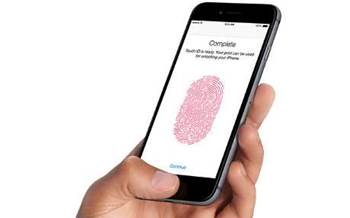 Westpac is using strong take-up of its fingerprint log-in option for mobile banking to look at what else it can offer customers in the area of biometrics.

Following the release of iOS 8 late last year, Westpac subsidiary St George offered its customers the option of using the fingerprint scanning technology baked into the iPhone 5s to log in to its mobile banking application.

It later provided the same option to its customers with Samsung Galaxy S5 smartphones, and more widely to customers across the Westpac group.

After experiencing a 50 percent sign up rate for the feature from its customers with eligible iPhones within the first nine months, Westpac is now looking more widely at how it can implement biometrics.

Head of mobile Travis Tyler told the Biometrics Institute Conference last week that the secret to onboarding users was making the sign-up process as frictionless as possible - a lesson his team had learnt the hard way.

Registering for a fingerprint log-in follows the same procedure as setting a PIN, he said, a familiar process for customers.

“Onboard must be simple, otherwise people will not take it on,” he said. “That is where we got voice biometrics wrong in the past”.

He is considering the next forms of biometrics the bank might be able to use to ID its customers, taking the lead from American bank USAA, which has started to roll out facial recognition to allow its customers to log in to its mobile app.

Pointing to his Apple Watch, Tyler said “we absolutely will look at using your heartbeat and other elements of you to create a more secure but simple and inventive banking experience - if our customers want it”.

During the fingerprint authentication process, Tyler and his team found that, surprisingly, overcoming customer nervousness was the easy part.

“When we first introduced fingerprint logon to our customers we got a lot of feedback from our customers: is it safe? I don’t trust it? Can someone guess it.”

“But people are ready to use biometrics as long as you get it right,” he said.

“As much as banking is about trust - and it is something that we value particularly - we are seeing time and time again that convenience trumps trust”.

The biggest impact of the shift has been a 50 percent increase in online interactions with customers, Tyler said.