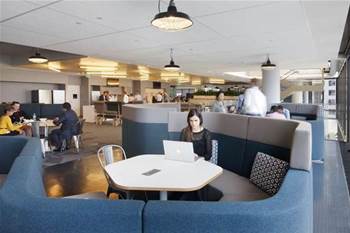 Westpac is planning to cut 11 roles from the ‘infrastructure and operations’ function within its Group Technology division.

iTnews understands the proposed cuts relate to a workplace transformation program, specifically around the consolidation of its multi-brand desktop environment.

The transformation aims to equip the bank’s workforce with technology to work more flexibly.

The bank is also targeting improvements in customer service through the delivery of a more “consistent employee experience”, according to documentation sighted by iTnews.

It is understood that while the planned rejig of desktop roles within the infrastructure and operations function will see 11 positions made redundant, Westpac is simultaneously proposing to create 13 new roles around the project, opening the possibility for redeployments.

The cuts are subject to consultations with affected staff and union officials over the course of this week.

The workplace transformation builds on a long-running effort to foster new ways of working at Westpac.

A major piece of that effort in recent years has been the company’s WorkSMART program, where the bank shifted its office environments to support activity-based working. It covered five corporate sites and about 10,000 employees.

Technology was one of five key streams of WorkSMART.

The current workplace transformation program being pursued, however, is a completely separate project.

In an unlisted video published last year, Westpac said its 2017 priorities “are to deliver a service revolution and drive a workforce revolution to meet the needs of its changing workforce”.