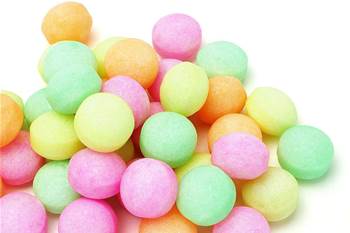 Mothball (vb): To postpone work on a project or activity.

Westpac's much-trumpeted migration of 50,000 staff to a single messaging and collaboration system has been postponed.

The project was running months behind schedule and iTnews can reveal its delay comes at great cost to the banking group.

In June 2011, Westpac announced it would replace a disparate array of internal email and collaboration systems with a hosted service comprising of Microsoft Exchange, Sharepoint and Lync, under a revised deal with IBM.

The project would bring all Westpac Group staff – across the retail bank, St.George, BT and other arms – up to the same standard, and finally allow St.George staff in particular to migrate off an ageing Novell GroupWise solution.

The project was due to be trialed in October 2011 and delivered by March 2012.

A spokesman for the Westpac Group conceded today that the bank has decided to “defer the project until a later stage.”

“A number of factors, including the current economic climate, caused us to make this review,” a Westpac spokesman said.

“We are still committed to rolling out Microsoft Exchange across Westpac Group and will continue working with our partners.”

Whilst Westpac has not disclosed how much of the $52 million earmarked for the project it paid IBM upfront, sources told iTnews that around $2 million has been spent on infrastructure that is otherwise sitting idle. At its peak, 192 staff were directly employed in the project, without any tangible results.

Sources close to the project said there were few technical barriers to adopting the SaaS suite. There was also little argument internally around the choice of solution and how it would be delivered (as-a-service from Fujitsu’s West Sydney data centre).

Baffled IT staff blamed the delays on Westpac staff that negotiated the commercials of the IBM deal – many of whom have left the company.

Those that negotiated the commercials, conversely, blame the technical design.

“This project was doomed from the start,” one told iTnews. “Westpac simply made it too big and more complex than it needed to be, and then couldn't deliver it.”

The only positive outcome from the exercise has been the opening of Fujitsu’s West Sydney data centre with Westpac as an anchor tenant. Whilst the messaging and collaboration service to be delivered from this data centre has been put on ice, sources told iTnews the bank is using the facility for several other services.