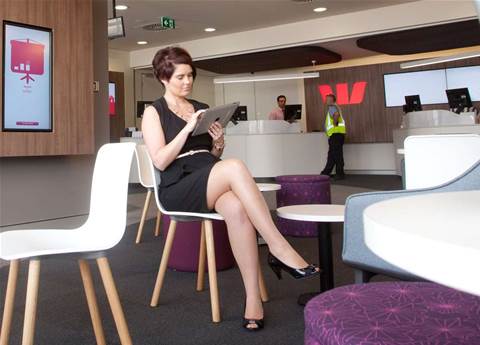 Westpac Bank has announced plans to redesign its 680 retail and business branches in a bid to bring key staff closer to customers.

The redesigned branches will introduce a range of IT initiatives that include touch screen information panels, video conferencing provided by Cisco, a lounge area with iPad tablets running Westpac banking apps and the computerised 'Spider' teller system adopted from St George Bank.

"You might not have everybody you need in a particular branch, such as a financial planner or home lending specialist," a Westpac spokesperson said.

"The [branches] can essentially provide face-to-face meetings with staff that are 200 kilometres away via video conferencing".

The redesigned branches will also introduce a paperless strategy, with all banking information delivered through interactive touch screens.

Customers will be able to send relevant material to their email address for later viewing.

The branches scrap traditional banking screens and counters in favour of open plan layouts with an emphasis on self-service solutions and quicker access to specialist staff.

The bank will refurbish a third of its existing branches over the next three years in an investment worth an estimated $240 million.

All remaining branches will be gradually upgraded to the new format as property leases expire.

The project is being funded from Westpac's ongoing capital investment in its branch network.

There are currently three refurbished branches open for business, located in Sherwood; Brisbane, Ontario; Perth and Surfers Paradise on the Gold Coast. Additional branches will be refurbished in the coming weeks.