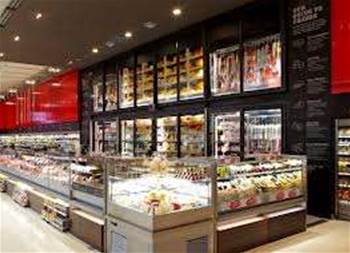 Premium on loyalty as FlyBuys heads to shared custody.

A Wesfarmers headhunting spree to fill the ranks of its new Advanced Analytics Centre (AAC) is yielding results with the conglomerate confirming a swag of new hires.

Revealed earlier this year, the new data intelligence and exploitation play will span across both its wider retail and corporate group and soon to be divested supermarket Coles.

It comes as the company muscles up to get a better operational picture, boost digital and online sales, and find operational savings after ventures like Bunnings UK cratered.

Wesfarmers has now confirmed that Hosein Alizadeh, David Federer, Faraz Mahmoodian will join the AAC as senior data scientists to fill out the new tech play’s ranks, a move that follows the announcement of the appointment of Alan Lowthorpe as leader of the centre.

Lowthorpe previously held a senior position at the 50 percent Woolworths-owned Quantium Group as was announced as the AAC’s leader in early June.

Also coming on board at the AAC are Vivek Pandey as a senior data engineer and Chad Meng as a data scientist.

The confirmation of the AAC appointments comes as Wesfarmers prepares to carve off supermarket Coles at an equity level, but still retain a degree of group-wide tech and customer data control including making its FlyBuy loyalty program a 50/50 joint venture.

One of the reasons for the retention of that level of control is that the total customer data picture across Wesfarmers as it stands is worth more than the sum of its parts, especially when it comes to online offers and incentives.

Australia’s branded loyalty market is also in upheaval following the regulation of interchange fees on credit card payments that dramatically repriced incentives for schemes like Qantas Frequent Flyer because the reining in of subsidies extracted from accepting merchants used to fuel airline points.

The AAC is set to be pivotal in calculating and calibration the value of customer offers, including loyalty, using both purchasing and other customer data.

Wesfarmers managing director Rob Scott again stressed the push for Wesfarmers to get ahead on digital and data exploitation through the new AAC. He said returns were already flowing.

“At a group we’re starting to see some of that benefit flow through in our tradings and operations across the group,” Scott said ahead of the company’s annual results presentation.

“We have a phenomenal amount of data across each of our divisions across our group,” Scott said, adding this could be transaction, stock or performance data over 200 stores.

However financial numbers around the spend on the AAC are limited, with Wesfarmers results pointing to a $10 million increase in corporate overheads understood to be directly related to the AAC.

Scott has previously said Wesfarmers would double its spend on digital and data as it invested for better performance in the future.