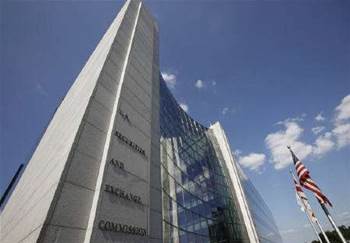 Prompts crackdown on IT procurement.

The US Securities and Exchange Commission wasted US$1 million on virtual data storage it bought in 2008, the agency's internal watchdog said, part of a series of investigations into the agency's procurement practices.

The report, dated Dec. 14, 2010, was obtained by Reuters through a Freedom of Information Act request.

Kotz uncovered numerous problems, from the equipment itself to the procurement process, which occurred in the summer of 2008, before Mary Schapiro became chairman of the SEC.

According to the investigation, an Apple salesman convinced the agency that Cloverleaf could provide a cheaper solution to the agency's data storage and backup woes.

Although there were other companies that offered similar products, Kotz said the SEC violated federal contracting procedures by securing a no-bid contract with Cloverleaf, a company with which the SEC had no experience.

Kotz said the contract actually proved "to be more expensive than other, better-known and less risky alternatives."

He also found the SEC improperly shared budget information with Apple and went ahead with purchases before getting proper approval and before performing reviews.

In a statement, SEC spokesman John Nester said the agency agrees with Kotz's findings and is "taking steps to improve our policies and controls over purchases of information technology solutions, including pre-purchase review by management's technology and business oversight committees."

Representatives of Dot Hill and Apple did not respond to requests for comment.

The SEC was later beset with problems when it tried to actually use the equipment, Kotz said, adding that "bugs" in the installation were not worked out and the project "quickly went downhill from there."

Later, when some SEC staff sought to bring the problems to the attention of a supervisor, staff told Kotz the supervisor told them "this information doesn't leave this room" and then got up and left the room.