WannaCry might have spread to all of Victoria's speed cameras 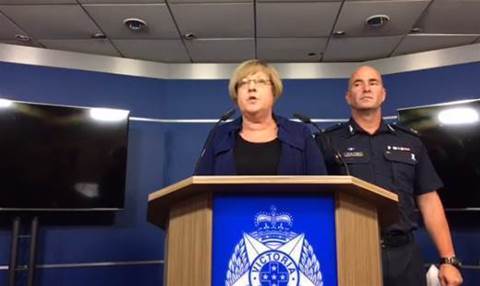 All infringements from June 6 put on hold.

Force officials over the weekend revealed they would put on hold all tickets issued from June 6 after discovering the ransomware had compromised at least a further 42 red light and speeding cameras.

Assistant commissioner Doug Fryer said the force was assuming the state's entire fleet of 280 cameras was infected "out of an abundance of caution" until an investigation into the matter was complete.

Fryer emphasised the infringement hold did not mean tickets would not be reissued once camera accuracy had been ascertained.

Police had said on Friday that 590 tickets would be cancelled.

No new tickets will be issued until police can be sure the cameras are fully operational, but the 280 affected cameras will continue to operate, and any new infringements could still be levied later on, Fryer said.

The infection has been blamed on a maintenance worker employed by camera operator RedFlex connecting a USB drive containing the malware to the camera system unwittingly.

Victoria Police had informed the public on Friday that 55 speed and red light cameras had been found with the ransomware.

But Victorian Police Minister Lisa Neville on Saturday revealed RedFlex had told her department late on Friday that a further 42 devices had been impacted, and fixed.

Neville said RedFlex had been aware of the extra infected devices since June 15 but had failed to inform the Justice department. RedFlex's contract with the agency will be reviewed, she said.

Neville said that since all 280 of the state's road safety cameras had been subject to a maintenance program since June 6 that likely involved the USB stick, she "could not be confident" more than the 97 identified cameras hadn't been infected.

RedFlex provides 150 of the state's cameras; two other contractors operate the remaining 130. All 280 cameras will now be subject to investigation by the state's road safety commissioner.

While the WannaCry ransomware stuck the cameras in a continual reboot mode, there was no evidence it had caused inaccurate readings, Neville said.

“We’ve got one of the best camera systems worldwide and to have an issue like this is disappointing,” Fryer said.

“We need to make sure the integrity of our system is sacrosanct and it is beyond reproach.”