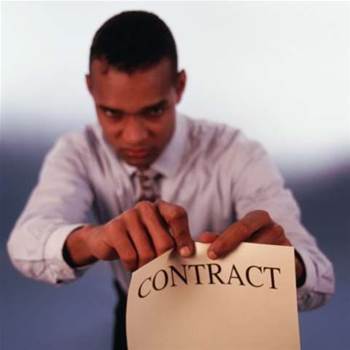 CSC management has instituted a wage freeze and will not rule out new redundancies after a restructure announced last week.

The restructure, which affects roughly ten per cent of CSC's Australian employees, will see 150-170 staff made redundant and a similar figure redeployed within the organisation.

The Wiki is posted on a secure internal staff portal and CSC staff can only comment on the CEO's thoughts by sending his executive team an email.

Wilkinson and his Executive Leadership Team (ELT) are looking to reduce costs across the organisation and have instituted a company-wide wage freeze.

"In order to preserve working capital and avoid going deeper with any further redundancies at this time, we will be maintaining a salary freeze," he told employees.

Wilkinson asks staff to be "prudent with spend, travel and training" and to "manage your leave" effectively to aid the effort.

But the Executive Leadership Team will not rule out further cuts to CSC's Australian workforce.

"While I cannot make any guarantees, my plan is to try and minimise the requirement for further redundancies," Wilksinson's post said.

Wilkinson's post thanked those staff being shown the door for their contribution to the company, but said it was a "necessary" step.

"It has been a difficult few days," he said. "As you may be aware, this week a number of roles were made redundant. Redundancies are never easy for anyone involved. However we have attempted to retain the right balance, doing what is right for our business and our people. I believe it was necessary and we now have need to focus on the year ahead."

He also asked for patience and loyalty from those being redeployed.

"Some of you may be affected by transfers into new groups with new reporting lines. I ask for your full support while we transition some of these roles and functions."