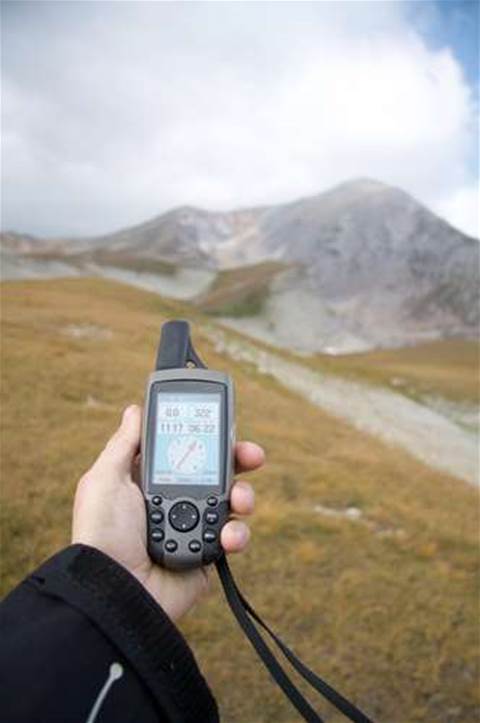 Soon... one receiver that can mix signals from multiple satellite systems?

The concept has already been tested in at least one open pit mine, and could also have applications in everything from mine subsidence monitoring and atmospheric sounding to overcoming reception issues caused by "urban canyons" in cities.

The research, by Professor Peter Teunissen and Dr Dennis Odijk of the Western Australian School of Mines at Curtin University, found a way to account for the technical variation between satellite positioning systems, paving the way to use satellites from two or more systems together to resolve a positioning request.

Though GPS is the best-known satellite positioning system, it is soon to be joined by a number of other options. These include Europe's Galileo, China's Compass/BeiDou, Japan's Quasi-Zenith Satellite System (QZSS) and a regional system in India.

"The number of [global navigation] satellites will increase dramatically in the coming years, from about 75 now to about 100 in 2015 [and] to nearly 150 in 2020," Professor Teunissen told iTnews.

"The good news is - if you could combine all of those satellites, you will be able to increase accuracy but also the integrity, continuity and availability [of positioning applications]."

One of the keys to harnessing the collective power of otherwise separate satellite systems is to find a way to bridge technological differences in the way each has been set-up and built.

"If you mix signals from different satellite navigation systems, all sorts of inter-system [and] inter-signal biases appear," Professor Teunissen said.

The biases are the result of the varying set-up of each system and its components (satellites, hardware, measurement circumstances, etc).

The researchers in Western Australia have used "high-grade multi-GNSS" [global navigation satellite system] receivers to examine "the behaviour of inter-system biases" between the GPS and Galileo networks.

"The bad news is those inter-system biases unfortunately do not turn out to be zero — they are real," Professor Teunissen said.

"But the good news is that we found under certain mild circumstances, the dynamic behaviour of those inter-system biases is such that they change only very little over time, so that means ... one would be able to calibrate them.

"[If] you ... have a calibrated value of such an inter-system bias, you can treat it as if it is a known value."

Professor Teunissen said this opened the possibility of being able to call on various combinations of satellites for a single purpose.

For example, a geolocation request could be fulfilled by three GPS satellites and one Galileo satellite, where the latter acts, for all intents and purposes to the end user, "as if it is an additional GPS satellite".

Professor Teunissen said the long-term goal would be to have a single hardware receiver capable of working with multiple satellite "constellations".

"In the ideal case, it's preferred that the user doesn't even see that the systems are different," he said.

The research, which is part of a long-term body of work, is focused on "modelling and algorithmic" development rather than the manufacture of new hardware. It is intended that hardware partners may "take it further" in future.

Read on to learn about how Australia's mining industry might benefit from the research...