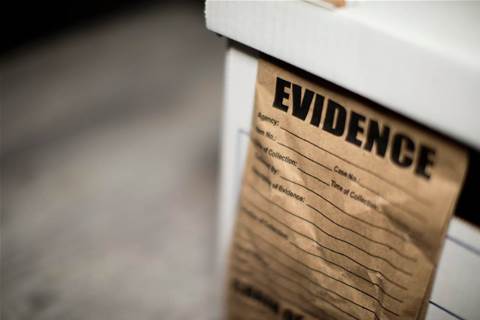 From weeks and months into hours.

WA Police has piloted a cloud-based artificial intelligence platform to sift through large quantities of digital evidence and find connections that might otherwise go unnoticed.

The platform from Perth-based consultancy Modis and hosted on Microsoft Azure was recently trialled by the force to find potential avenues of inquiry and evidence in critical information collected during an investigation.

The proof of concept (PoC) was used to ingest and analyse digital evidence like emails, texts, social media posts, photographs and CCTV footage from core policing systems without risking contamination of the data.

Much of this digital evidence would previously have been manually examined by officers for hidden clues, pattern and relationships.

But with more than 2.8 terabytes of data now being seized in every case involving digital evidence, the task of manually sifting through this material has become onerous and can miss connections.

WA Police’s covert online operations, digital evident operations and cybercrime investigations lead, detective inspector Tim Tomas, said the platform had helped the force to do more with the evidence it already had in its possession.

He used the UK’s Yorkshire Ripper investigation, which saw 13 women murdered between 1975 and 1980, as an example of where critical information had the potential to hide in plain sight.

“During the Yorkshire Ripper investigation, the West Yorkshire Police were overwhelmed with information,” he said.

“Whilst they interviewed the murderer, (Peter) Sutcliffe, on nine separate occasions the information management challenges were very obstructive.

“Put simply, they were unaware of information which they had.”

Thomas said that although IT had been the answer to this for some time, the “grace period” was now well and truly over and the same technology that had once helped policing agencies was now “swamping” them.

“Something has to change, and that’s the point of the Data & AI platform PoC, to help us find the important information we don’t’ realise we have,” he said.

Tomas said the platform, which applies AI techniques, facial recognition and text and image analytics to accelerate the speed of investigations, had provided productivity and accuracy benefits for the force during the PoC.

These productivity and accuracy benefits are similar to that of rolling out mobile devices or body-worn video cameras.

“I’ve seen the Data & AI platform present complex information patterns in minutes, it does things which we just couldn’t do before. I can’t begin to tell you how profound the change is going to be, it truly is the art of the possible,” he said.

The platform also allowed the force to translate content needing translation into English using Azure’s cognitive services, a process that could delay an investigation and create extra costs.

“The Data & AI platform did some language translation in five minutes which, given the ebb and flow which affects all criminal investigations, had previously taken 12 months,” Tomas said.

Modis’ director of innovation Anthony Doig said the force had measured a 90 percent improvement in productivity during the pilot, with digital information activities “down into seconds, minutes or hours rather than spending days, weeks or months doing things”.

In one investigation, he said the platform found a number of points of the interest in a 24-hour period that had not been uncovered during the six-week investigation.

“We found addresses or bank accounts or firearms in hundreds of thousands of images and are taking a few hours to do that rather than a few months,” he said.

“It has found a photo of a person, and then completely different data, say a text message or the mention of that same location the day before, so you can start connecting up those pieces of information and presenting them back to police.”

In the future, the platform could be used to combat child pornography by being to locate photos taken with a particular camera in the force's possession.

“We’ll be able to do things like, ‘Show me all of the photographs in police possession taken with this camera, or show me all the information we have which originated at this place. No police agency can currently do these things,” Thomas said.