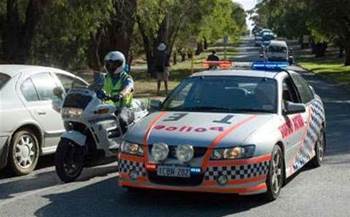 WA Police will deploy 3500 mobile devices to frontline officers after the state government provided $34.6 million for the rollout.

The devices will be equipped with a “suite of applications that will ensure access to crucial policing functions in the field”, the government said.

Officers will be able to use the devices to perform identity checks and recording statements, reducing the need to return to a police station to complete administrative tasks.

The government said this would allow officers to spend more time on the beat, while benefiting from better access to information.

iTnews has approached WA Police for additional information on the timeframe for the planned rollout.

“These smart devices will streamline police work and free up officers to spend more time with the community,” WA Police Minister Michelle Roberts said announcing the funding this week.

She said the funding was part of the government’s commitment to equip police with the latest technology to bring WA out of “the dark ages”.

"It's important for our police to be equipped with the latest technology,” Roberts said.

The funding comes after officers used the WA Police Union’s annual conference in late 2017 to urgently call for funding to refresh IT hardware, fix broken apps and reduce manual administration.

At that time WA Police was the last remaining police force in Australia to deploy smart devices and mobility tablets, according to the state’s police commissioner Chris Dawson.

In some instances officers were reported to be resorting to BYOD to improve productivity.

ahead of WA Police's rollout of 4200 body-worn video cameras to frontline officers across the state after receiving sign-off last August.

The first stage will see 200 cameras fitted to police in the state’s Pilbara region by June, followed by officers working in the Perth district and those attached the traffic enforcement group.

The full rollout is expected to be complete by June 2021.