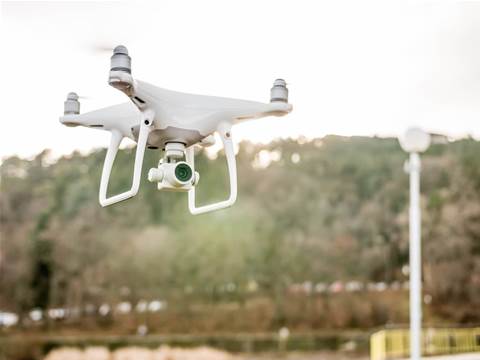 WA Police will train dozens of frontline officers across the state to use a new squadron of drones as part of an expansion of its specialist unmanned air unit.

The state-wide expansion project will see the force’s remotely piloted aircraft systems (RPAS) operations unit add as many as 35 drones to its arsenal over the next two years.

Having first tested drones in 2017, the unit – which is part of WA Police’s Air Wing – currently operates two variants of drone, though the existing number of the model aren’t disclosed.

iTnews approached WA Police for additional information on the planned expansion on Monday, which Police Minister Michelle Roberts on Wednesday said would be used to support search and rescue operations, forensically map crime scenes and for other tactical operations.

"These drones will support a wide range of every day police activities and be especially useful during search and rescue operations in difficult terrain," she said in a statement.

"They will also ensure greater safety for our officers when navigating high risk and dangerous situations, by allowing them to quickly deploy a drone to gain greater situational awareness."

The policing agency has gone to market to for the new drones, which will be available to all police districts across WA, and the training and licensing of RPAS pilots through two separate tender requests.

Documents released last week indicate the two types of new drones to be acquired will be capable of flying both during the day and at night, and be equipped with “a modular payloads capacity that can accommodate a number of different payload modules”.

One type have an “integrated sensor type and be able to be deployed with minimal setup”, while the other will “facilitate the interchange of multiple payload modules based on the required tasking type”.

“WA Police Force will purchase a number of payloads including high zoom camera, thermal cameras, high-definition camera, floodlights and speakers from this supplier in conjunction with some of the RPA,” tender documents state.

The drones will also be capable of “flying in an autonomous mode that allows for surveying flights of a minimum duration of 15 minutes”.

RPAS training will need to be conducted by a Civil Aviation Safety Authority-approved organisation with suitable experience “training large organisations with complex structures”.

Around 60 police officers will be trained to operate the drones over two years using a staged approach.