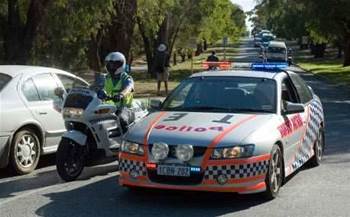 The Western Australia police force will join its state counterparts to utilise body-worn cameras in policing through a six-month trial of 300 devices.

The force went to tender for the cameras in November last year, initially asking for 260 devices to deploy across four sites in the hope the technology would allow officers to collect better evidence and deter violence towards cops.

It has now signed a deal with Breon Defence Systems for around $162,000 worth of Taser-branded body-worn cameras.

The force will trial the 300 devices over the next six months across Perth and Bunbury commands with officers working in its new "evidence-based policing division". The extra 40 devices allows a newly-formed bike squad in Perth to take part as well, a spokesperson said.

The trial will inform whether the force will embark on a wider rollout of the cameras to its 6000-odd frontline officers.

The "randomised control trial", as WA Police has dubbed it, will include 'treatment' and 'control' days (where cameras will or will not be worn) to allow for the "strongest scientific grounds" upon which to assess the impact of the presence of body-worn cameras, the force said.

Officers will have some discretion on whether or not to record, WA Police said in earlier tender documents. Its colleagues in Queensland have taken the same approach with their own deployment.

As well as Queensland, South Australia, NSW and the NT police round out the list of state police forces undertaking full rollouts of body-worn cameras. Tasmania and Victoria are trialling the technology.

The intention broadly is to reduce assaults against police and regulate the use of police force against citizens, as well as to collect more evidence that will encourage guilty pleas in court.

Officers similarly hope the devices could save time by allowing for in-field interviews, rather than having to travel back to the station.