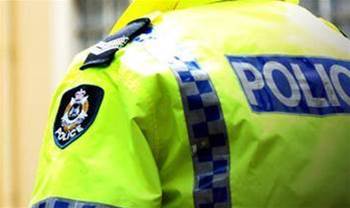 WA Police chief information officer Andrew Cann has taken up another position in the force after four years, leaving the CIO seat vacant.

Cann, who joined the force from the Office of the Government Chief Information Officer (now Office of Digital Government) in May 2018, revealed his new position as program director – ESG last week.

But his LinkedIn shows that he has also subsequently ended his four-year run overseeing the technology estate as CIO.

WA Police declined to comment on the apparent move or the acting arrangements when asked by iTnews.

During his time as CIO, Cann oversaw the rollout of 6500 iPhones to frontline and backoffice officers across the state as part of a $40 million digital policing initiative.

The devices – more than half of which were introduced in just two months – gave officers access to a suite of applications to perform their day-to-day duties.

Since then, WA Police has rolled out another application that allows officers to issue electronic traffic infringements, replacing handwritten notes.

Working with Motorola Solutions, the force also recently extended its OneForce Core application to Apple CarPlay in what is claimed to be a world-first.

Prior to joining WA Police in 2018, Cann spent almost three years as the WA government’s chief technology officer in the then Office of the Government Chief Information Officer.

Before that, he was the CIO at the Department of Sport and Recreation for two years and CTO at the Australian Crime Commission for more than seven years.

Cann also spent the first 20 years of his career as a police office at WA Police, including three years as a business analyst and test director working on a mainframe replacement project.