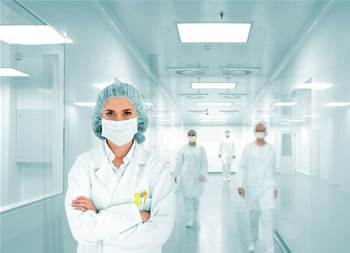 CIO role up for grabs after five-year wait.

WA Health has finally begun taking applications for a chief information officer role that has remained in the hands of temporary appointees since 2010.

On Saturday the department posted a job ad seeking candidates to become CIO of the 43,000-strong department on a five year contract.

The recruitment drive follows a five-year revolving door at the top of WA Health's IT wing, the health information network (HIN), which has been linked by some parliamentarians to the government’s failure to commission IT services at the new Fiona Stanley Hospital on time.

In the past five years, WA Health has ushered a total of four interim tech chiefs in and out.

The acting line-up started with Alan Piper, who was then followed by Dr Andrew Robertson, Bill Leonard and Michael D’Souza - all attempting to lead the complex enterprise within the limitations of their temporary appointments.

In the wake of the failed IT fit-out of the new Fiona Stanley Hospital, the WA parliament’s health and education committee sharply criticised the department for its seeming ambivalence towards IT leadership.

It found the lack of permanent leadership of the HIN “could only have contributed to the significant difficulties” that arose with the digital commissioning of the Fiona Stanley Hospital.

“In our view, such a sustained string of acting appointments is undesirable, particularly when HIN was supposed to be leading its most ambitious and challenging program of work undertaken to date,” the committee report said, as it urged WA Health to make a permanent hire as soon as possible.

More than a year after these recommendations were handed down, WA Health is now offering up a senior executive service level three role and an annual salary of $185,098 to potential future CIOs.

iTnews has contacted WA Health and the office of Minister Kim Hames for comment on the delay.

The successful candidate will help WA Health “achieve best practice, high-quality integrated systems and services which meet the needs of all stakeholders”, according to the job ad.

“Candidates will possess a demonstrable track record of strategic leadership and the capacity to deliver high quality outcomes at a project, business unit and organisational level.”