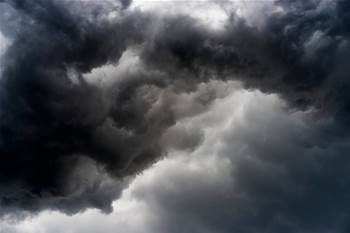 Western Australia’s health department has been forced to extend its long-standing centralised computing contract with Fujitsu for another year after delaying its hybrid cloud transition.

iTnews can reveal the contract, which had been slated to end in October after 10 years, was extended to accommodate a longer migration to a fully-managed Oracle Cloud platform.

Atos is providing private cloud, managed cloud, hybrid cloud orchestration and co-location and managed services for 2000 servers and 1000 applications, in addition to the Oracle platform.

It is one of three infrastructure providers offering services under the state’s GovNext transformed IT buying regime.

The department’s shared services arm, the Health Support Service (HSS), confirmed the contract extension to allow for the longer transition.

“The contract with Fujitsu for the provision of centralised computing services for the Department of Health has been extended by one year to 29 November 2021,” a spokesperson said.

“This contract extension will enable HSS to safely transition all clinical and corporate applications and servers from Fujitsu’s physical data centre to Atos’ cloud-based platform.”

The spokesperson said the pandemic had “significantly impacted” HealthNext, and that the decision to delay the transition was made to ensure the public health system was stable.

“The decision to slow the migration of systems at the height of the Covid-19 pandemic earlier this year was made in the interest of patient safety and ensuring the WA health system could continue to provide health care during an uncertain period,” the spokesperson said.

“HSS has undertaken a full re-plan of the HealthNext program which is now expected to be completed by the end of 2021.”

Sources have told iTnews that contract disputes have also played a role in the delays, which they estimate will result in $10 million in extra contract costs.

The spokesperson declined to answer questions on the cost of the new extension to Fujitsu's contract, which has previous blown out by more than $175 million due to poor governance.

Sources have also said that HSS has also stopped a number of normal and project works since the pandemic began to ramp up in March.

HSS is currently searching for a new chief information officer following the departure of Holger Kaufmann in June.

It is also planning to fill another undisclosed executive role in the future after reviewing its IT operating model and organisation structure.