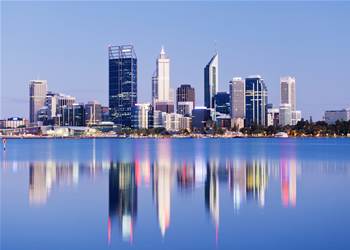 The WA government has allocated a further $400 million to its digital capability fund, just a year after setting up the kitty to keep pace with other state and territory governments.

The new investment, detailed in the state's 2022-23 budget, brings the total value of the whole-of-government fund to $900 million.

Around $300 million has already been allocated to a range of projects, including $200 million for WA Health’s new HR, payroll and rostering system being delivered by Deloitte.

Handing down the budget on Thursday afternoon, Premier Mark McGowan said the additional funding will be used to improve digital services and mitigate cyber security risks.

He said 23 IT projects had been funded in the budget – 10 more than were detailed in the 2021-22 mid-year review in December.

The Department of Transport, meanwhile, will get $17.9 million to transition its "ageing, core ICT infrastructure" to the cloud, including storage of driver's licence details.

The Department of Premier and Cabinet, which houses the office of digital government, DGov, will receive $15.4 million for three new projects over the next four years.

Just under $7 million of this will be used to centralise data linkage and analytics to provide agencies and researchers with access to data for policy development and evaluation.

Around $4.7 million will also be spent continuing to support the ServiceWA App in 2022-23, while $725,000 will be used to conduct a feasibility study on eInvoicing.

WA Health has been allocated $18.2 million to "develop and expand a real-time data platform" to reduce pressure on the hospital system, including ambulance ramping.

A further $4.4 million (from a total investment of $38.1 million) has also been allocated to the department to continue the rollout of digital medical records.

The Department of Mines, Industry Regulation and Safety will receive $17 million for several initiatives, including Work Health and Safety system modernisation.

Budget papers also reveal that Treasury will receive $250,000 to “oversee an independent review of the DCF throughout the first half of 2022-23” to see if it is delivering on its aims.

“A key aspect of the review is the effectiveness of the delivery of the ICT projects that have been funded to ensure they are achieving their expected benefits,” documents state.

“The review will be completed in time to inform the consideration of project funding from the DCF as part of the 2023-24 budget.”