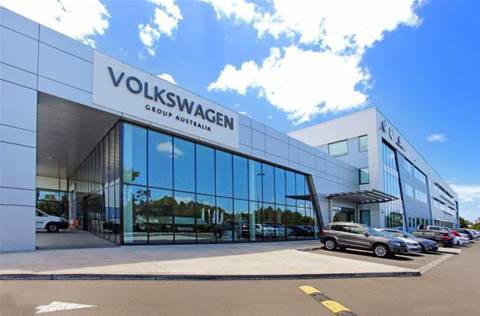 Volkswagen Group Australia is hoping to expand its use of Salesforce to manage the exchange of data between head office, its dealers and connected cars.

The company, which is headquartered in Chullora in Sydney’s west and home to retail car brands Volkswagen and Skoda, has been a Salesforce user for the past 18 months.

It began with a Service Cloud implementation to replace an unfit-for-purpose CRM system that was mainly used by the group’s contact centre operations.

Chief customer officer Jason Bradshaw told Salesforce’s Dreamforce conference that when he joined the group in late 2015 he “inherited separate, disparate business units” and a “contact centre that quite frankly was in a mess".

“The board in Australia made the decision to bring all these disparate groups under the one umbrella,” Bradshaw said.

Bradshaw was particularly unhappy with the level of data tracked by the contact centre operations, which spanned five locations in two countries.

He identified the lack of strong CRM as a root cause.

“We were managing emails out of Outlook, the phone system was connected to nothing, and there were multiple touchpoints for customers,” he said.

“Social media was handled outside the office because that was too difficult to do.”

He set about finding a “new CRM partner” and settled on Salesforce “after a lengthy process”.

The Service Cloud platform was bedded down in under eight weeks, which included integrating it with legacy AS/400 systems still in use within the group’s operations.

The integration wasn’t easy but "it was necessary to get us the win".

“Service Cloud is about us having a real-time experience for our customers when they contact us - the OEM - about their experience,” Bradshaw told iTnews.

“We connect into that if they’ve been into a dealership for a service, or they’ve had a roadside assistance ... so that we can give them an experience where we’ve got as much knowledge as they do leading up to the moment they called us.”

Service Cloud is also used to manage relationships with the group’s 200-plus independent dealerships across Australia.

The Service Cloud quickly became “a catalyst to demonstrate the value of actually having a CRM that was current generation".

“From there, the business decided we had to do more so now we have Sales Cloud and Marketing Cloud,” Bradshaw said.

Both have recently been put into production.

“We use Sales Cloud in two ways: first of all to help our dealers manage their leads from various sources, but also for our field force to be able to manage and leverage our dealers that deliver the right experience for our customers,” Bradshaw said.

“So when a customer requests a test drive, for example, we have some KPIs around how quickly they should be contacted by our dealer partners and we need to be able to measure and manage that.”

The group is using Marketing Cloud to serve customers relevant marketing messages, based on what the group knows about them and their car purchases.

“For example, if you buy our Tiguan [SUV], it means you’re getting messages about Tiguan during your life cycle of ownership,” Bradshaw said.

“As opposed to a generic message around a Volkswagen product, you might get a message of ‘this is what you might like to do with your Tiguan’. It’s really targeted messaging.”

The group’s fast expansion of Salesforce is no accident. It likes the ties between the three ‘cloud’ products, and the idea of giving its staff and dealers “context in real time”.

“One of the reasons we went with Salesforce was because we wanted to make sure that the system got out of the way of our team members delivering an experience to our customers,” he said.

“The easiest way to do that was to have a seamless integration between all three major systems in our organisation.

“It also means if we trained you on one we don’t have to spend a lot of time training you on another system.”

Further expansion of the Salesforce platform is already underway.

Early next year, the group will launch a dealer community underpinned by Community Cloud, which is effectively an interface through which data stored in Salesforce can be surfaced and shared.

The group is also exploring how it might be able to use Salesforce in an internet of things (IoT) context.

“I think there’s some interesting stuff as our vehicles in Australia start to become more connected, how do we connect the vehicle, the dealership and us to ensure the right information comes together?” Bradshaw said.

“We’re working with Salesforce on how we can bring that together.”

Future applications of Salesforce may extend to greater use of the vendor’s Einstein services, which are targeted at enterprise artificial intelligence projects.

Bradshaw said the group is currently using some AI functions in its internal reporting and forecasting using the Salesforce platform.

He described it as a “toe in the water to understand how we can best leverage” Einstein, but indicated that public-facing AI uses could emerge in future.

“I think there’s some excellent opportunities in the future from a self-service perspective - making sure customers get information in real-time either by text or by chat but then handing them off to an agent if necessary,” he said.

“I think there’s lots of potential and we’re just starting to explore it now.”